Holidaze Helper Tip #5: Insta-Christmas
How we all feel right now... 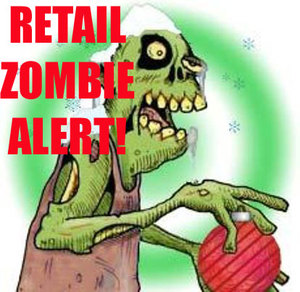 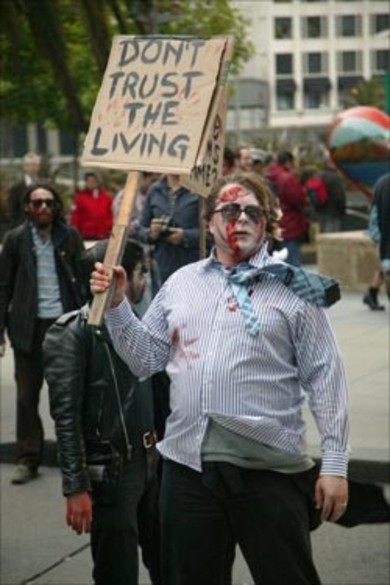 It's pretty much everywhere.  Just ask the Big Fancy Department Store Retail Slave who sells shoes. He flipped a lid during his lunch and decided to warn us all. Didn't do much good. We can barely keep our eyes open just to write this post.

Then there were all these Mall Retail Slaves pictured below waiting for the shuttle bus to take them to their cars so they could drive home in  a state of complete Zombiefication! 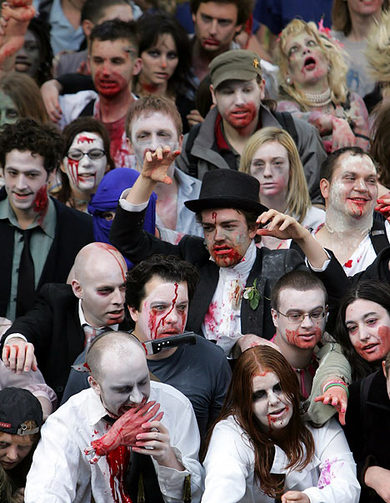 This poor Designer Jeans Retail Slave below became scratched and  infected when the 100th customer of the day, some Discount Rat Bitch asked him if he would give her 25% off the jeans she wanted. By the looks of things, he should not have said no. 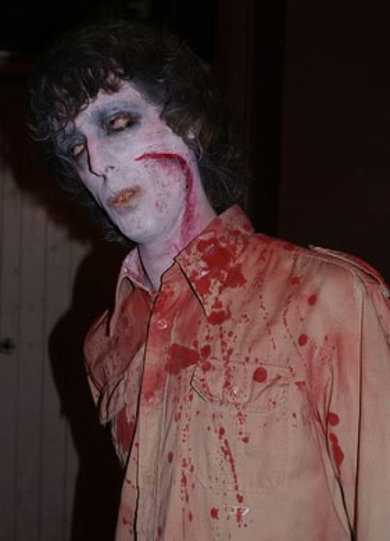 And this poor thing below is a Grocery Store Retail Slave who's legs look they are going to break right off.

This Electronic Store Salesman was captured coming up an escalator on his way to lunch. Apparently he had been attacked by a blook thirsty mob of Stupid Retarded Shoppers wanting to ask the same stupid questions over and over. 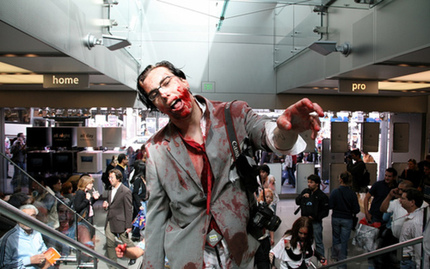 And this Retail Whore below got more than he bargained for when he asnwered the department phone and got stuck listing to some Crazy Lady squawk for almost an hour. 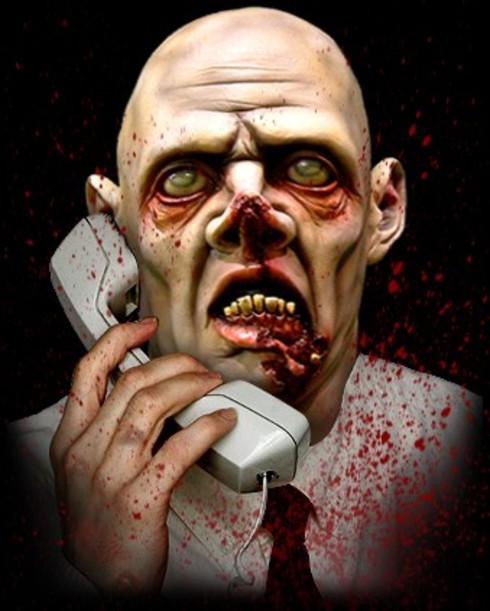 We heard the Bloodsucker wanted him to describe every and measure every Black handbag they had in stock and whether or not they would look good on her. She also had him double check with his manager to see if she could get any of them on sale. What a fucking Bloodsucking Pyscho Bitch fro Retail Hell!

WE REMIND YOU RETAIL SLAVES! THE PHONE IS THE WORST PLACE TO CONTACT RETAIL ZOMBIE. STAy OFF OF IT, IF YOU CAN!! TELL SOMEONE YOU HAVE DIARREAH AND RUN AWAY!