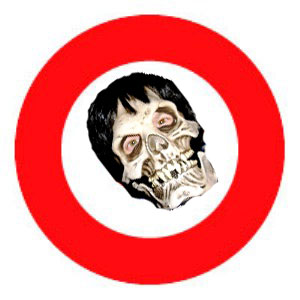 Here's a return tale Retail Slave M left in our comments the other day. We had to share through a post:

"I work at Target and I had a guest the other day that wanted to return something from a wedding registry.

Well you can do so with your gift purchase log, but there are restrictions.

For example: you can only return/exchange a total of $250 worth of merchandise using the purchase log, and it has to be within 90 days after the date of the event.

I go to process the return and it tells me I can't do it. I look at the bottom of the purchase log and realize that they had done a return/exchange on a $529 television that had been broken (so they say) and have returned about 6 other things too.

I call the refund department and they tell me they won't give me an override code (surprise, cos I didn't know that...). I even have the refund consultant on the phone TELL the guests about the $250 limit. 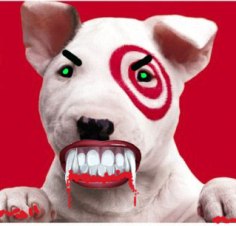 The girl gets upset and says she doesn't understand why they were able to return other things and that the television was an 'exchange' not a return (even though I explained exchanges count as a return and then a purchase where the dollar amounts even out...).

At the end of the transaction, clearly pissed the woman says:

"THATS FINE. I'LL JUST TAKE IT TO ANOTHER TARGET."

Because, you know, another target's computers won't have the same information with the same registry ID number and same drivers license to verify the ID...

Another Retail Hell example of where Customers seem to think the rules don't apply to them! Thanks for the story M!

Thanks for the honorable mention guys! I wonder if she ever got to return that item without the receipt at another store... I swear it was like an electric can opener or something. She really should not have made such a big deal about a freakin' can opener. Re-gift it for crying out loud. It's not like she's LOSING MONEY...it was a gift!

As M stated it was a gift, why get so upset about it. I can see not wanting to lose money on something defective. Regift it or donate it somewhere.
I had to return something the other day. I had accidently grabbed the wrong size, and wanted to exchange for the correct size. If they would have told me hell no I couldn't return it, I would have understood. It was my mistake and it was only $10.