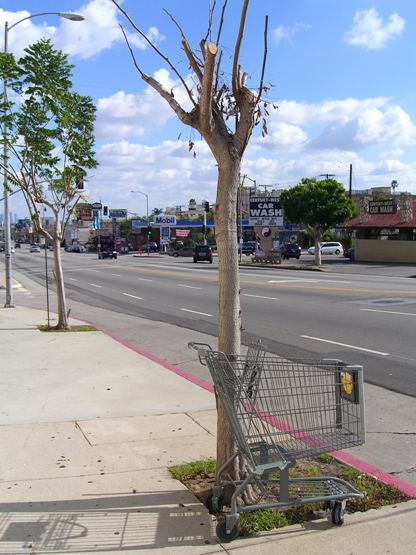 This is episode 4 of Wyatt Elliott's Retail Movie. 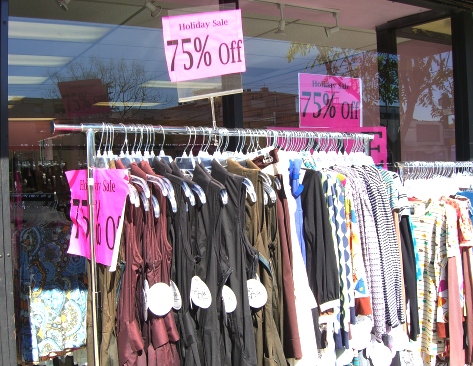 Taken today Thursday afternoon, January 29th. Umm...is there a holiday we don't know about? Superbowl is around the corner, but we can't see how that relates to pink plaid skirts. 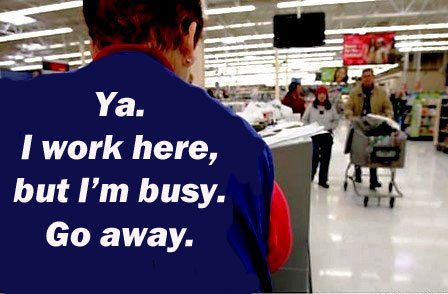 Sent in by DGSUCKS. We'd like some buttons that say this!
Jack up your own Wally vest and send it to us! CLICK HERE 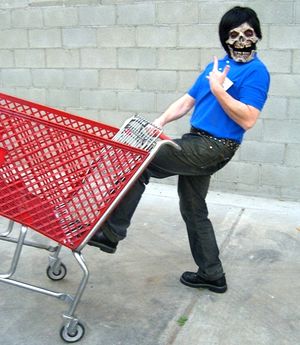 I have spent many years driving around after work on my personal time picking up all of the
shopping carts which people have liberated from our parking lot.  It is not a task I enjoy, but at around $100 each new - I have to keep doing it in order to earn a bonus from not having expenses climb.  It doesn't matter if the style is the same - if the cart has the markings of the chain I work for... it is MINE for having found it.  Old, new, plastic, metal --- as long as the wheels still turn I grab 'em and bring them back to the store.
One time I actually liberated six of my carts from a 99cent store! There were about 30 carts in the store and NONE of them matched that business. As I pushed them out of the store I was threatened with police action for theft. 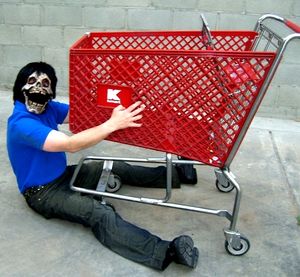 "BRING IT ON!" was my response, knowing perfectly well which one of us would really be facing a ride downtown. They grabbed the carts, I flashed my nametag and opened up my cellphone. They backed down. BITCHES! Oddly enough the next time I went into that store, all of the carts had been stripped of any identifying markings and had their store's name painted on the bare metal handles with nail polish.

Another place that carts tend to vanish to is construction sites. The workers tend to steal 'em and use them to transport their tools around. Afterwards, the carts are loaded with trash and tossed into dumpsters. 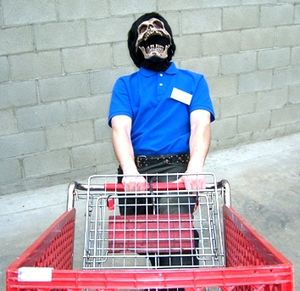 I actually had security called on me once as I performed a dive to grab one of my carts. I was trespassed by the guard. Fine. Ten minutes later I had the police there since I could see two more of my carts inside of the building. I got my $300 worth of carts back, but the cops refused to write any tickets. They were probably all members of the same donut fraternity at Dunkin's.
Driving home the other day I saw a flock of ignoramus maximus redneckicus pushing a cart down the road, across a street, and past a police officer. WTF? Theft in progress there, Five-O! Grab a taser and send a few thousand volts into their nutsacks! How about I just jump into a squadcar and drive it home the next time I don't feel like walking! How would you like explaining to your Sarge why you are placing a third order for a police car this year? How would you like having to drive all over town AFTER your shift looking for squadcars to tow back to the station - and do it with your own car? IF THEY ARE OUT OF THE PARKING LOT, IT IS THEFT! 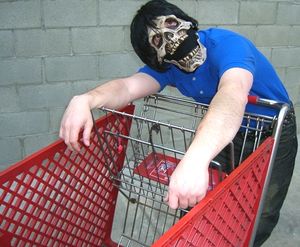 Yes, there are locking wheels on some carts. No, it is not free and actually can double the price of the cart itself! Then there are repairs to the system itself. If they don't like having wheels lock up as you leave the lot? SIMPLE! They drive a nail into the wire! Making the store have to replace that wire! There are also the morons who "think" they are doing you a favor by pushing carts to the median strips around the lot rather than taking the carts to the corrals like good little monkeys. THANKS BRAINIAC! You just locked the wheel as you crossed that yellow line. THANKS! THANKS!
With all that being said, I would like to extend a big FUCK YOU! to the writers and actors of the show Jackass who have inspired a new generation of cocksuckers like this one:
You KNOW he just leaves that cart at the bottom of that hill rather than push it back to his truck!

I hope that he eventually hits his head and has to spend his remaining years in a nursing home being sodomized by a nursing home attendant who has genital warts and a lisp.

THIS IS WAR! You are all drafted and encouraged to yell "HEY DUMBASS! FUCK OFF!"
every time you see a misappropriated cart. It is them against us until the cops wise up!
Peace --- Johnny Bob 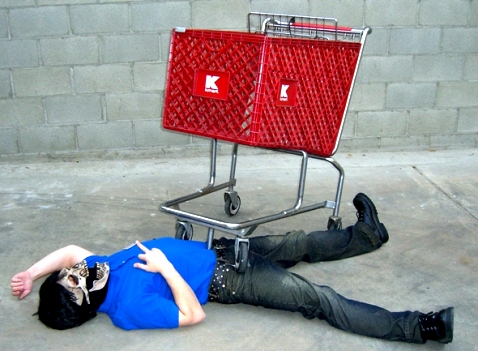 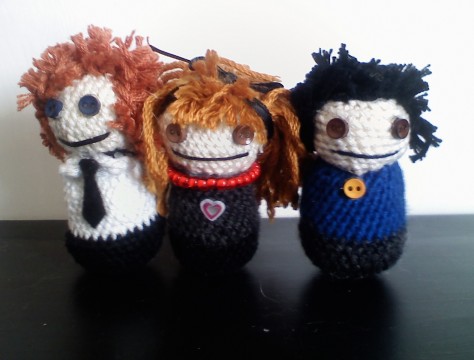 Thanks to Spritzy, we've been immortalized with yarn!
And we're lovin it! Retail Zombie dolls!
Spritzy says that knitting and crochet helps keep her sane, and "It's also always useful to have something on hand you can stab stupid people with!" 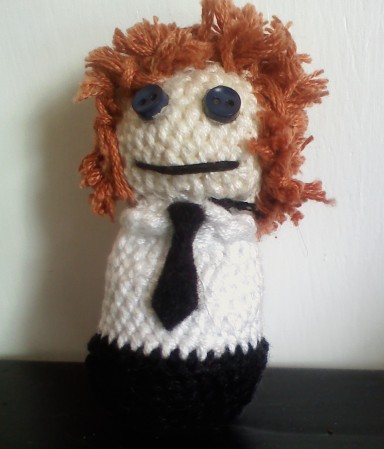 Freddy is thinking of taking up knitting just for that reason. 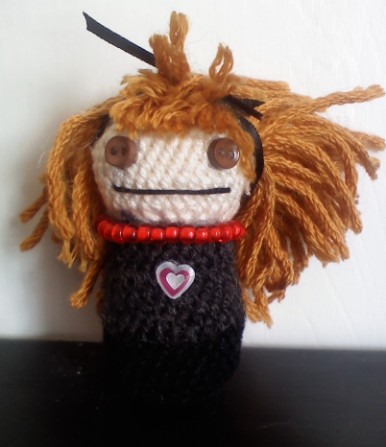 Carolanne has pins all ready to stick in Jason. 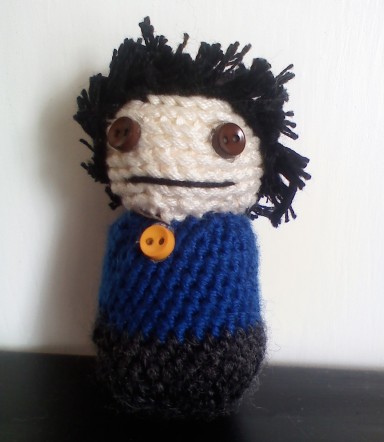 Jason has pins all ready to stick in customers.