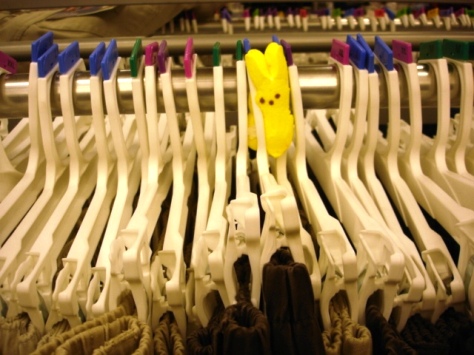 Easter is a comin and the Retail Peeps are not happy! Send us pics of your peeps doing their dangerous retail jobs. Many peeps will be killed from now until Easter, and we want to see it! submit@retailhellunderground.com 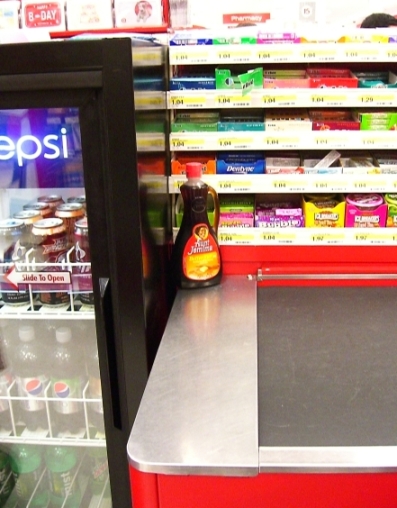 Somewhere in the world, someone is eating a dry pancake. 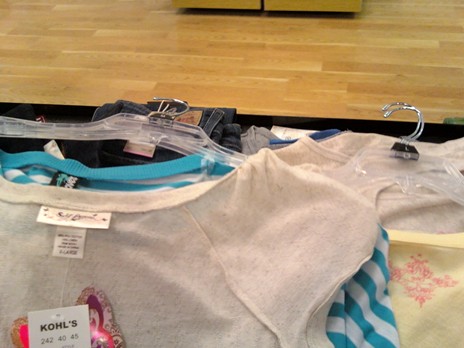 Kerry's Friday Retail Hell involved moronic custys hanging clothes inside out after they tried them on. Her message to them: "Fuck you! Inside-outers! How about I hang your guts inside out!" 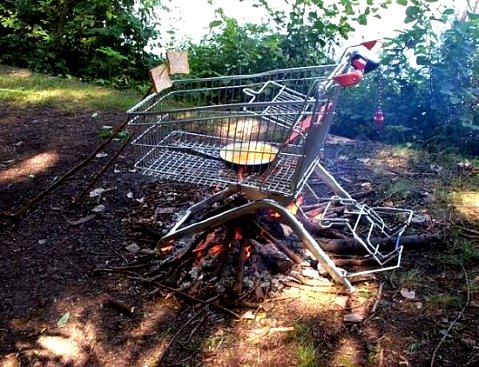 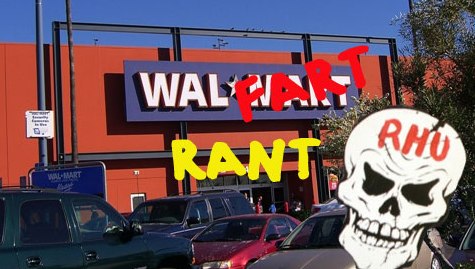 More from Fed Up Wal-Mart Slave:

I just thought I'd update you all on Wal-Mart... So far, they have NOT stopped those IPH slips yet... and something worse I just learned about today (that took effect 3 days ago) is that now, like Target associates, we are being FORCED to sell credit cards.

I for one am REFUSING to take that little yellow slip and keep track of how many credit cards I sell. Not only do I hate when people always ask me if I wanna apply for a credit card, but I hate asking people stuff like that, especially when they also get annoyed.

Also, who the fuck can afford a credit card in this economy?!?! Wal-Mart is about greed, that is all they are! If I get called into the office because I'm not selling credit cards, I'll start selling them then... Well, maybe ask only one person a day and tell the managers no one wanted to apply for them. ;-)

Walmart is getting so fucked up. One story I forgot to mention, was a girl in cosmetics got a d-day (and still works at Wal-Mart, thankfully)... because she called off ONE DAY from work because one of her old friends from years back was killed, and went to the funeral. She got a d-day for going to a fucking funeral.

Do You Work Here Comeback Line 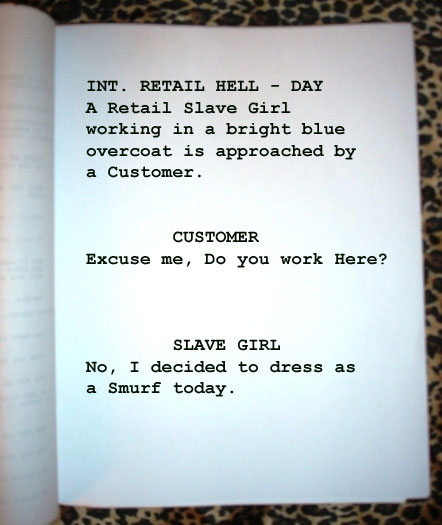 Sent in by Jenn, via comments on one of our comeback posts. We had to make a script page for it cause it's quire a retailicious comeback line! Thanks Jenn!