Wal-Mart Gets Told: By Green Day

Here at RHU, we are HUGE Green Day fans. We go to their concerts, listen to their albums, wear their t-shirts, and want to have Billie Joe's babies...okay, so we're kidding about the babies - Jason had his tubes tied anyway, but Green Day's music really inspires us on many levels, often echoing the emotions and feelings we have for retail slavery.

If you're a Green Day fan, check this retail war story out:

Apparently it wasn't awesome to everyone - the powers that be at Wal-Mart were not pleased with what they heard. They demanded that Green Day make them a special "clean" version with some language and content edited out. 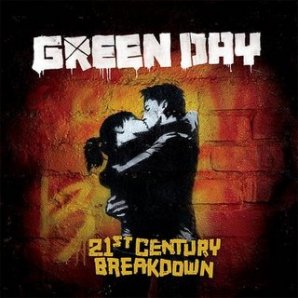 WTF? What centuy are we living in? Can't they just put a parental sticker on it if they are worried about the children? What's really scary about this is, Wal-Mart is now selling edited versions of albums by Eminem, Pink, and Jamine Foxx! All of these artists copped to the clean up demands and changed their work.

But not Green Day. They told Wal-Mart to go fuck themselves - We're not changing shit motherfuckers!

That's not a direct quote, but we wouldn't be surprised if that was their initial reaction.

Green Day frontman Billie Joe Armstrong did say, "Wal-Mart's become the biggest retail outlet in the country, but they won't carry our record because they wanted us to censor it. They want artists to censor their records in order to be carried in there. We just said no. We've never done it before. You like you're in 1953 or something."

You said it Billie Joe, more often than not, our Retail Slavery salaries and work expectations feel like 1953!

He went on to say: "If you think about bands that are struggling or smaller than Green Day...to think that to get your record out in places like that, but they won't carry it because of the content and you have to censor yourself. I mean, what does that say to a young kid who's trying to speak his mind making a record for the first time? It's like a game that you have to play." 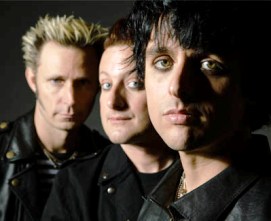 Yes, we know all about retail games - no raises, sketchy healthcare, shitty schedules, and the constant threat of being fired for sneezing the wrong way.

Mike Dirnt, Green Day's bassist added: "As the biggest record store in America (Wal-Mart) should probably have an obligation to sell people the correct art."

Yes, they should! And Wal-Mart's Retail Slaves deserve to buy 21st. Century Breakdown with their employee discount!

Despite Wal-Mart's Big Brother-like attempt to edit Green Day using their buying-power muscle, they were the ones who lost out this time around. 21st Century Breakdown opened at number ONE on the charts. Looks like everyone went elsewhere to buy it. You go boys!!! - Goliath 0, David 1.

I thought it was a known fact that most of the CDs that Walmart sold were edited.

Oh wow. I'm currently reading up on pretty much all the posts here from the past, and honestly I'd totally forgotten about this. Damn. I remember being pissed as hell at this cause I had a Wal-Fart gift card or someshit. Ended up getting the CD some other place where they DON'T CENSOR ART.