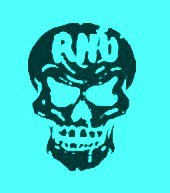 Here's a Dumbass Custy for you.

I get a phone call. To sum up, the guy says he has called five times for Floral, and the people answering the phone know there is nobody in Floral, but they keep paging them anyway.  He's upset and feeling disrespected, so he asked for the manager, which is me.

I finally ask him what it is that he needs, and he needs to know if we have lilies.

I, not being a Floral clerk and not being anywhere near Floral, say that I don't know, I'll have to go look. I heard the sound that you all know, the inarticulate gust of wind that says "You don't know what you sell in your own store?", so I say I'll be just a second and put him on hold.

Now keep in mind that today is December 31, and our wonderful government decided to hand out Food Stamps a day early because of the holiday, as if we didn't have enough to deal with, so we are busy as shit, and I'm in a bad mood to boot.

So on my way to Floral I call up to the front desk to see if this guy has really called 5 times, and the lady that answered said, "Seriously, yes," which should have been my first clue, but I instead expressed my frustration with the fact that he had not been helped yet.

So, I see that no, we do not have lilies, but we do have a special on roses. I tell him the several colors that we have, and he decides on three dozen. I tell him that I will have them ready for him in a few minutes, he says he will be in shortly, all is well.

Or so I think. 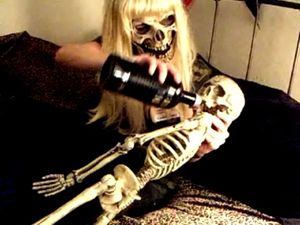 I wrapped them and left them in the cooler, and tell the other lady at the desk that they are ready and where they are.

This other clerk tells me that she answered the phone for the guy three times, because - and here's where I realize that we are not, in fact, at fault - she told him that there was nobody in Floral, and she would help him as soon as she could, but they had a line at the office as well, and put him on hold. (Busy as hell, remember.) So apparently he thinks that he will get helped faster if he hangs up and calls back, and this is why he has called five times, not because he hung on the phone forever waiting for somebody to answer.

But it gets better.

When he came in for the flowers, he asked for me, but the clerk knew what he wanted, so she said that she would help him. He said, "Good, I didn't want to deal with him anyway. He made me mad."

WHAT THE FUCK???  How did I make him mad, by doing his shopping for him?

Oh well.  Gotta go unload a truck.  Maybe a skid will fall on me.

Well, don't you know you get there faster by being put back in at the END of the queue and then complaining about it??? Then you have the excuse of being treated badly. Then everybody falls all over themselves to make you their #1 customer. Yeah, right. What we really do is remember your face and talk about you in the breakroom, asshole. I hope you break out in a rash from the roses.