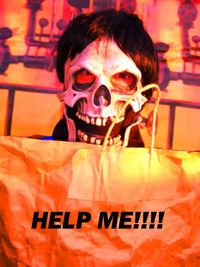 A few Return Hell Stories to scare you to death. From RHU's comments...

I had a guy return a new CD because he didn't like the mixing and he "had a recording studio in his basement and so knew sound quality," puffing himself up like a strutting rooster when he said it.

He swore at me and I went all school marm "That language is not acceptable or appreciated."

He apologized, but, as my grandmother always said, a good reputation is an easy thing to lose and a near impossible thing to replace.

Another customer pointed out that if he had a recording studio he could have fixed the damned sound and felt not like a useless twat.

It's a new cd, we can't predict if it's mixed up to your high standards.

God, I can't count how many times people bring in empty jars of cream and want money back. Or even worse, filled up with something that is obviously not $135 moisturizer.

Seriously, do people think I can't tell the difference between the stuff I've been selling for 4 years and Garnier Fructise Conditioner?

I love it when people try and return makeup with a competitor's price stickers still on them. I also love the look on their face when I tell them I can't take it back. 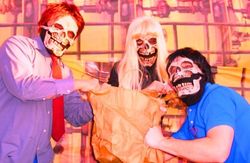 Yups. Some thing worse happened. A few weeks ago, some stupid girl wanted to return a sandwich she said was the wrong order.

We would've done it EXCEPT for three things that had happened previously:

1. She had already returned a sandwich before for another.

2. She once again returned another sandwich.

3. The third time, she had already eaten half the damn sandwich.

Seriously ... and the girl that had come to us the first two times wasn't even the actual customer.

The third time she came with the actual eater, in which the friend told the eater, "They won't take it because you ate half of it, bitch.'

Why do people who return every thing they buy think they are customers?

They actually COST the store money.

The store has to pay someone to ring up the sale,return the sale and fool around with the paperwork associated with the return(sending product back to the vender or whatever).

I think chronic returners should pay the store a service fee at least.At least we could get something for our trouble.

I once had a woman return a sunscreen because,she said,it made bees chase her.Another woman dropped an eyeshadow from her second floor balcony and complained that it broke and demanded a replacement.

Not to be outdone, one annoying skank returned a bodysuit because the snaps made her crotch break out in a rash.

I hate bullshit returns and the people who do them! 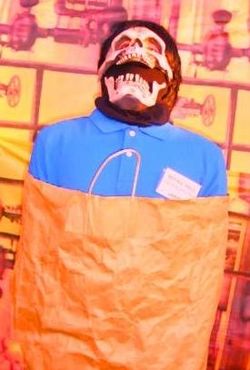 A few months back in my Hardly Normal store, I had a customer try to return a laser printer - 1 day short of being a year since purchase.

Apparently, they only just realized that it was a mono-function printer, not a multifunction.

I flat out said no way, so they kicked up a fuss saying that they spoke to David on the phone (we don't have a David or anyone with a similar name).

In the end my manager returned it and refunded it for them.

I had a lady walk up to me with a bathrobe in a bag and asked me if the bathrobe came from our store and if she could return it.

I looked it over and it obviously didn't come from our store.

I told her that our store only has Blah-Blah brand of bathrobes and it's not ours and wouldn't be able to return it...

She paused and looked at me with a disgusted face and said..."..SO?!"

Holy crap these stories make my blood boil. I'm swearing by Idiocracy now...these morons are breedings like rabbits out there!

I've gotten to the point, if you don't like what comes out of my mouth regarding policy, feel free to walk away or let me call a manager for you.

"I think chronic returners should pay the store a service fee at least. At least we could get something for our trouble"

Heh, since I work in online retail, we have people's account info and record of everything they've bought... and returned. If someone is a chronic returner, or coupon abuser, or constantly whining for credits and/or policies to be waived, they get marked with a code, and future agents pulling up their account can see at a glance that they're NOT a valued customer.

I had someone try and return their ice cream because it was too cold once. -_-