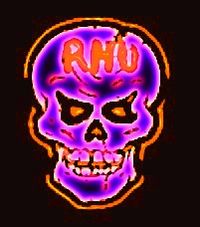 I swear this site saves what's left of my sanity.

Things have gotten bizarre at work. Because I'm taking a full load at university and one of my classes ends when I was supposed to be at work, I had to change my availability. Ironically, I opened up my hours more on the weekends, but had to shorten ONE FUCKING DAY BY HALF AN HOUR so they moved me to part time. Fuckers.

The best part is, because of this, I lost my dental insurance the day after I went in, got my x-rays, and had to set up a root canal and 6 fillings. (Oops!) With the insurance it was going to be around 400 bucks. Now, I'm looking at around 1600. Yeah, can't pay that, and the Vicodin is running out at an alarming rate.

Oh, and full time is 34 hours, I have 40 available, and they're scheduling me 33.5. Funny how half an hour is going to cost me 1600 bucks.
I HATE my manager. (I hate him even more after he scheduled me for a shift where I was alone after 6 on a super busy Friday.)
The customers have been super sucky lately. One lady flipped her lid because I didn't know where honey was. Sorry, don't get that much demand for honey in freaking electronics! I even called a manager to find out for her, but she still ranted. Then got scary sweet.

Another guy came in dressed in our ugly ass uniform and tried to act like he worked there. Clearly he needed professional help.

The best was when I had to go to lunch, leaving my poor co-worker on the floor alone and swamped. When I came back, some old fat ass lady was screaming in her face that it was her fault that her husband left her at the store because he was so angry.

WTF? Yeah, bitch, your husband couldn't take another second of your yapping so he left.

Crusty the Bitch made a fatal mistake with me. Between squawks she said, "I USED TO WORK HERE AND I KNOW HOW IT WORKS. YOU CALL THE OTHER STORE RIGHT NOW!!!"

I couldn't help it. It was too...easy. And my co-worker was at the end of her rope. So I did the right thing and I stepped in.

"Ma'am, I'm sure since you worked here and know how things go oh so well, that you must remember their number! And I'm sure you know that customer service is our goal, so if you'll excuse us, we'll get back to work. Good bye!"

You could hear her squawks all the way out the door, but she left.

Oh, and separately, I learned the horrible lesson that if you have a price sticker on yourself, people will try to buy you.

And sometimes, they're serious. *shudder* 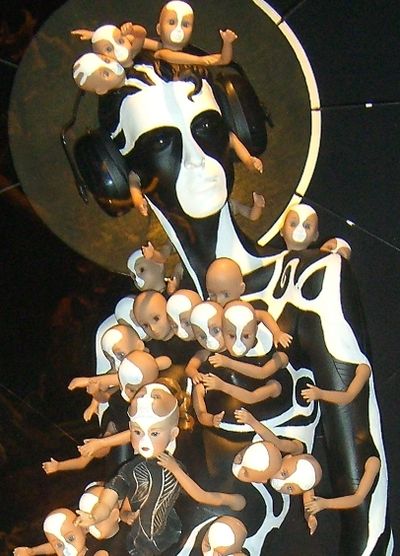 Alien babies don't come from a spaceship, they come from mannequins!...and Nadya Suleman, which had to be the inspiration for this freak-of-scifi-nature manni from a trendy store in West Hollywood, California. Nice to see she was given sense enough to protect her ears. Those alien babies probably have a wail that could send someone into a coma... I am Alien Baby Maker. 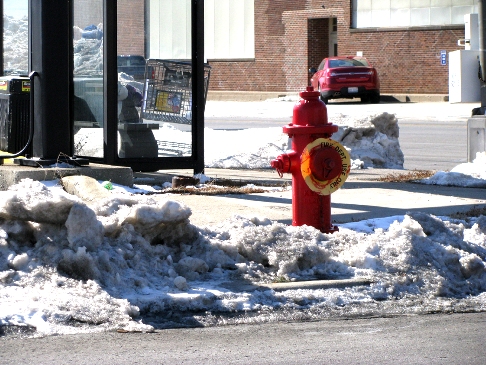 Perhaps better than getting hit by it. 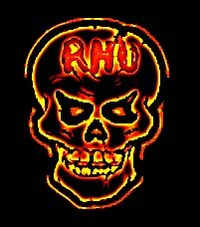 Hey, I found this website in a drunken stupor a few nights back and got here by clicking on random websites until the internet gods got bored and dumped me here to entertain myself.

I used to work at a supermarket here in the UK as a professional chicken cooker. :) Basically I worked on "oven fresh" and although I didn't get accosted by custys on the shop floor (I rarely strayed out from behind my protective counter) people seemed to leave their brains in a basket on the floor before talking to me.

I stared at her and said "um...it's a chicken breast"...like the sign in front of it says, numbnuts.

She then said "oh...whats that one then?" and pointed to ANOTHER CHICKEN BREAST IN THE SAME GODDAMN TRAY.

We mainly sold plain chickens (on white papers), but we also had extra-tasty ones (on orange papers) and garlic chickens (on yellow papers). Some moron woman asked for a chicken and specifically said she wanted the one at the back on the yellow paper (this is important).

So I hoiked it out and bagged it up, stuck it on the ticket machine to get the sticker and rang it up as a garlic chicken.

The moron then said "Oh! it's garlic? I didn't want garlic, I wanted plain! why did you give me a garlic one?"

I glared at her and was mentally screaming "You wanted the one on the yellow paper! There is a fucking sign in front saying garlic chicken! I don't put the chickens on different colored paper to make my goddamn counter look pretty you halfwit!" 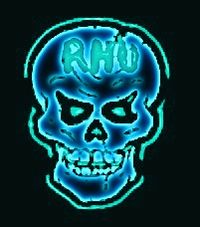 We had an idiot manager as well, who never once pronounced my name right.

My name's Rhiannon and said so on my nametag (eventually - the first 2 nametags were spelled wrong, and I had to argue with the daft bitch in personnel that I knew how my own damn name was spelled).

He would always call me Rhianna, no matter how many times I corrected him (I know it's not a huge difference, but its my name dammit).

He came over one day trying to be the "big boss" in front of the new manager and asked, "Rhianna, have you put any chickens in the oven, you're running out on the counter."

Before I could say "Yes, if you would turn your fat head 10 degrees to the left, you would see 3 damn ovens behind me, full of fucking chickens."

Cool Manager: Rhiannon. She's called Rhiannon. It says so on her nametag. There's an N at the end, not an A.

I then transferred to a different store where I was on the salad bar, so I didn't have to deal with people at all and could hide round the corner where they couldn't get at me.

Thankfully I got out of Retail Hell and now work in a care home, where even the residents on the psychiatric unit are more reasonable than the general public :) 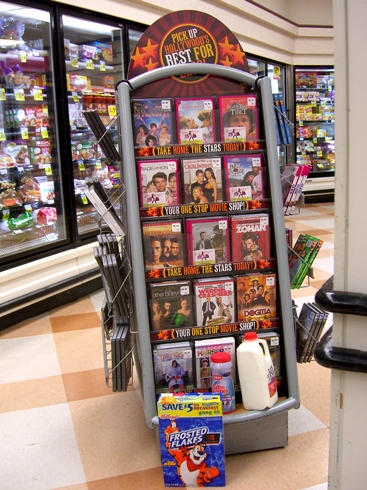 One little piggy has vetoed breakfast. 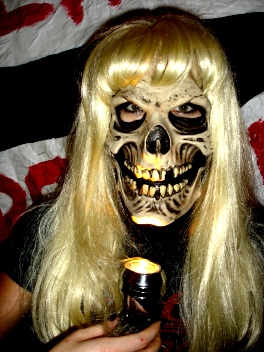 - What's almost the worst that can happen to a business?

If you guessed "power outage", you would be right.

It was about 7:00pm when the lights flickered but did not go out completely. We weren't very busy because the weather was nasty with a mix of rain and sleet.

I had a pretty decent card order I had made out, I had filled the balloons with the last of the helium, and all that was left was to front the store. It was going to be really slow and the assistant manager had almost considered sending me home because of it.

I kept waiting to hear a custy have a screaming fit because we couldn't take debit cards, only credit cards and cash. Our registers just weren't functioning correctly. In addition, the cashiers were having to key everything in by hand. Nothing. Not one irate customer had a breakdown because of the power outage!

Granted, it only lasted about an hour, but people were very understanding, very accommodating and we didn't have one argument!

Just as I was leaving, the power was fully restored and the possibility that people CAN be human when the unexpected happens once again has been proven. May it grow and prosper!