Walmart Hell: Someone's Been in the Kool-Aid 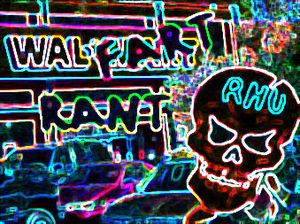 If they didn't treat everyone like shit, I think I'd be taking this personally.

ANOTHER hell-tastic night at FuckMart. Holy cow. First of all, if you remember my last message, my entire department is facing a write up. Thus far, it's just been me. I'm giving this til the Bitch is back, and then, if it remains JUST ME, I'm raising hell.

And I can do it. I may be little, but please, for your own safety, don't mess with me.

Ah, back to last night.

It was actually going fairly fast. The custys were actually behaving, and in some cases were even polite, except for Psycho on the phone.

Psycho calls us a lot. He thinks since we sell the product, we fix it. Even if we could (we probably could if we really wanted to) we can, since that's a huge liability that FuckMart won't cover. After 12 calls where we politely informed him that he needs to call tech support for his computer, the calls aren't so funny. One asshat manager decides that he'll talk to him.

So 3 calls later, everyone is getting frustrated. I grab the next call. Yup, it's him. Grrr. I just put the phone down and walk away. After a minute he hangs up. 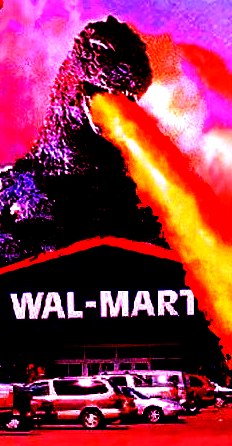 He'd been calling since 12.

That was really the worst part, until after my lunch.

There were 3 closers in the department (SHOCK!) and Receiving had 2 trucks come in. There was a lot of shit to pull, and they asked for my help. Not a problem. My Achilles is killing me, but I ignore it as much as I can.

Now I just happen to be pulling carts to the other side of the damn store behind my boyfriend. That's really the only freight besides huge pallets that's left at this point. I wasn't entirely sure what aisle the shit went to, so he directed me.

Oh, and then, my dumbass wannabe manager discounted 3 rather large and heavy display tvs from 1200 to 800 bucks. Of COURSE when I'm alone a family decides they want it. Fine. I'll have to get help though.

As fate had it, my boyfriend and the receiving manager agree to help me get it down while I climb up to the top of the steel in back to get the stand.

While completely ignoring safety rules (MUST GET STAND NOW/Zombie Manager) I smash the fucking fuck out of my hand. A bad word slips out. Loudly. Oops. I hear laughter, get the fuck down off the steel, and go back to the incredibly patient family. Wooohooo, still there! These people ROCK.

I have no grip at all on the smashed hand, so I call for a carryout. Yup, boyfriend is sent to help me. It's nearly break time, we'll just go from the carryout to break.Yeah!

When I get back, I'm doing last minute detailing (one handed) on the department, fixing some signage, putting movies back, etc.

And again, I have NO FUCKING CLUE what I did. Except the safety violation and curse word.

Nope, it was because I helped pull freight.

Yup, because I helped.

WHAT THE FUCKING FUCK? 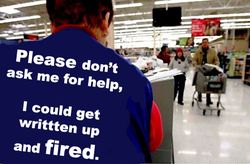 She bitched at me since my freight wasn't done. I'm sorry, fucktard, but THAT IS NOT MY JOB. See, I'm NOT A STOCKER. YOU CUNT. See those people making way more than me? Yeah, they're stockers. They STOCK. I will if I'm asked nicely, but THAT AINT MY JOB, RETARD. MORON!

Yeah, I got an "Informal Verbal Warning" because I went above and beyond and helped another department.

And because I was pulling freight behind my boyfriend, I was screwing around with him.

Yes, I was screwing around when I ignored extreme pain and pulled half a ton of water. Yeah. Yup. Right.

I need a new job. This week I get 26 hours. Next week 13. I'm literally not paid enough to give a shit about what the fuck their problem with me is.

I work my ass off. I work through fantastical pain. I don't stop. I help around the entire god damn store. And you know what? I'm SO DONE. Fuck it.

I have applications going all over town right now. I deserve better than this SHIT. The only thing the Waltons have given me is more debt and an anger management issue.

And a chance to meet my future husband. Fine, thanks for that.

I bet they don't like the fact that you are dating a stocker, and every time you go in the receiving, everybody thinks you go there because of him--to play, not to work. So. You are gonna be sooo much better off finding another job! I bet your guys' relationship will only benefit from it too.
BTW--what's your store's policy on employees dating? How did everybody found out? what was their reaction?

Good luck in getting out of there. I hope you find something else soon. Maybe you'll get a job where they appreciate a hard worker like you.

If I had a nickel for every time I had to say (or point to the sign that said) "warranties are held by the manufacturer" I would be rich.

Seriously if I order a computer from Sears and get it Fed Ex'd does Fed Ex fix it if it breaks under warranty -NO. So why would Sears? They did build it.

Heck even the Apple store doesn't fix Apple products, they ship them off or send you to an Apple Repair Depot.

OMG.
Heaven forbid you help another employee.
Mountains out of molehills, huh?

mystic_eye, the customer doesn't have a contract with the manufacturer, they have a contract with the seller/retailer. If the item is defective, the buyer can ask the seller to take it back or fix it. That kind of liability is covered in http://www.law.cornell.edu/ucc/2/article2.htm#s2-314 or your state's implementation of that, and there's probably similar law in Canada and elsewhere.

The fact that the manufacturer also offers a warranty that may or may not cover more than the implied warranty does does not remove the retailer's liability.

(I'm not a lawyer, and this is not legal advice.)

Sisu, I hope your hand recovers well - that sucks.

Ruin your health at minimum wage for a "chance to meet people"? NO thank you!

Sisu, I guess you are fluent in the Official International Language of Swearing(tm) so just, you know, go for it. A good PERKELE will always make you feel better and be safe for American consumption. Just a helpful hint from a Finn to another.

Hmm...I feel like I should say "you shouldn't have started dating another employee" but
1.) I've done it before,
2.) It's Wally World, who cares?
3.)You're not his superior, nor is he yours.
And 4.) I wouldn't say that, because if you do your job correctly it shouldn't matter. I'm glad to see you guys are working out so well!! Psycho Whore Brown Nose, et.al is clearly just jealous that no one wants to date her.