Awesome Custys Ease The Hell Of Having To Work Sick 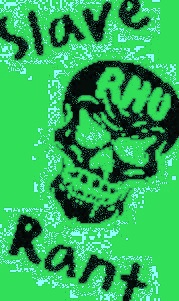 I had a day today.

Some of it sucked, some of it was awesome.

They cancel out. My day was meh.

First, let me say I love my job (for the most part). I adore my regular customers that I can chat and joke with, I like most of my co-workers, and I don't mind the physical work.

It's not pretty. ... Guess who went to work anyway? Yep. Me. Bad choice. I felt like shit, and on top of that, I had a really short temper. (I'm usually a very laid-back and mellow person.)

So EVERYTHING got on my nerves.

I told the manager that I was going to try my hardest to make it through my entire shift (1 PM to 7 PM), and that hopefully I wouldn't have to leave early. First, one of my superiors (I'll call her Marlene) seemed to want to push the SHIT out of my buttons.

We have a policy that if a cold item needs to be re-shopped (put back on the shelf), we (the cashiers) have to either get another associate to take it back, or if we're not that busy, turn off our checkout light and run it back ourselves.

I opted to do the latter, since it seemed pretty slow.

I caught Marlene's eye, indicated the package of sliced lunchmeat in my hand, and gestured toward the deli counter, where it belonged. She nodded, so assumed it was okay for me to go put it back.

Apparently, I was mistaken.

Halfway to the deli counter, I hear Marlene's voice over the PA system. "Luka, please come back to your register."

Oh, I'm sorry. Let me just drop everything and run back. Who cares if this meat goes bad, right?

But wait, there's more! I was given charge of the U -Scan monitor, which I kept with me at my register. It beeped at me, so I checked it to see what it wanted. Approval needed for void transaction.

I wasn't sure whether this was the result of a manager or a Nasty Ass Thief, so I left my (empty) register and walked over to "Ashley," the front end manager.

While we were getting it sorted out, Marlene yelled at me from the cigarette kiosk, so I rushed back JUST as a customer was coming up to my lane.

Marlene huffs and tells me that "monitoring the self-scans is only for your spare time, when you're not busy with a customer!" 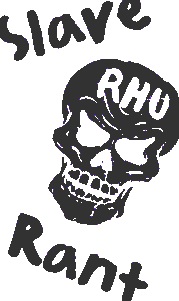 Um, I wasn't busy when the thing alerted me, thanks. So after those two incidents, I was in a pretty bad mood.

One of my regulars came in and got a 24-pack of beer and 4 blocks of cheese. I mentioned to him that I was having a bit of a bad day, and that I was seriously considering walking out right then and there. (Which, by the way, I really was considering.)

He frowned and said that would make him sad to see me leave, since I'm always so nice and personable, and as he put it, "You're just a pretty girl."

And even though this guy's old enough to be my dad, I didn't find it creepy that he said this, because he said it so genuinely, in a non-creepy way. Plus, I get the feeling that if a rude custy started bitching me out, this guy would be the first to step up and defend me. :)

Anyway, I talked to Ashley later and asked her who was scheduled to come in next -- Ophelia at 4. I asked if I could leave then, since I was seriously feeling like a sack of shit.

Her expression faltered, "Well, Alexis was supposed to come in at 3:30, but she called out."

I forced a smile and said I'd try to hang in there.

Later, it was about 4:45 and I'd just finished ringing up a customer's order when I was struck with a coughing fit. (Keep in mind my throat is so dry I swear I feel tumbleweeds rolling across my tongue.)

I covered my mouth with my elbow, as I was taught to do for sanitary reasons. My customer looked up at me with concern and asked if I was okay. I quelled the coughing for a moment to nod, saying "I'll be fine," and smiling at him.

After he left, I turned my checkout light off and headed for the bathroom -- I could feel where this was going.

On the way, a woman stopped me, "Excuse me, can you tell me where I'd find pre-formed pizza crusts--"

"I'm sorry," I interrupted her, and I truly was sorry, "I can't stop right now, I need to get to the bathroom, I think I'm gonna be sick."

I think I said this as all one string of syllables. "Oh, goodness! Go! Run! I'll find someone else!" Thank you, ma'am. You saved the shiny new floor from my lunch. I'd hug you, but that would be gross.

Well, I got there in time. I'll spare you the nasty details. Let me just say that when I looked in the mirror afterwards, I could hardly recognize myself. I was a wreck. I wiped my eyes and trudged back out to the front desk where Ashley was. 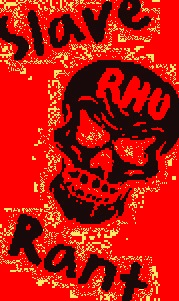 Obviously she noticed, and asked me if I was okay. I shook my head. "Got sick," I said, rather pathetically.

Now, let me interrupt myself here for a moment. I love my direct supervisors. They're responsible employees, but they also care about the lowly cashier drones like myself.

So when I told Ashley that I'd been sick in the bathroom, I could tell she was torn between sending me home and putting me out of my misery, or asking me to stay and help with the little rush we were having.

So I took the initiative. "Do you want me to stay?" I asked.

She sighed and said yes, but asked if I could make it until 5:30, when Ken (another cashier) would come in. It was almost 5 at this point, so I said I'd hang in there for another half hour.

And I did, even though the back of my throat tasted of vomit and felt like I'd swallowed sandpaper.

The pizza-crust woman from earlier happened to come through my checkout lane. She asked if I was alright, genuinely concerned for my health. (Next time I see this woman, if I recognize her, I'm going to do something awesome for her. I don't know what, but I'll come up with something.)

I told her I got to the restroom in time and that I was allowed to leave early as soon as backup arrived. I also said I was glad she'd found the pizza crusts in question. As she was leaving, she told me she hoped I felt better soon. I wish all custys everywhere could be so kind and understanding.

Anyway, sorry for the long-winded story!

Hope you all had a better day than I did.

Hmm... allergies don't normally cause vomiting, do they? I think you might've caught a stomach bug or something...

My family swears by peppermint tea for that sort of thing. I don't know if it actually works, but it does taste good, and it's fluid, so hey, it can't actually hurt.

That sounded like a truly horrible day. Hope you feel better soon.

Bugger me, if any employee is that sick than they should be able to go home, rush or no rush. So everyone else has to work a bit harder, so what.

I remember one server at a restaurant where I worked, poor girl was sick to her stomach and made a run for the bathroom twice in less than two hours. The manager refused to let her go, even though there was no rush and she had one table in her section. One of the other servers stepped in and said she'd cover for her. An argument broke out between the manager and the server, the server who was sick was trying to keep the peace, until the server defending her said "Would you prefer she throws up on a customer? E's obviously not feeling well, and I'm surprised she even came in today at all! Let the poor girl go home!" Finally another manager came over, defused the situation and send E home. The kicker? The manager who let her go home was the husband of the manager who wouldn't let her!

Oops, I meant one occupied table in her section.

Oh, I guess I should say I have a really sensitive gag reflex. Allergies don't make NORMAL people vomit, but once I get into a deep, throat-coughing fit, I'm pretty much fucked. Mom says it's been this way since I was really young.

Thanks, Callista! I've never tried peppermint tea, but I do drink a lot of tea, especially when my throat feels bad. I'll try peppermint the next time it comes up. :)

Ado, I agree with you somewhat. If I were the customer in my situation, I would have talked to the manager about it.
But, at that point in time (this was about a month ago), I was negotiating a pay raise with the store manager, so I wanted to go above and beyond expectations. xD