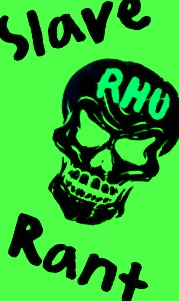 UUURRRGHHHH OH MY GOD. Fuck me sideways with Poseidon's trident.

My coworkers are IDIOTS.

Let's call him "Daryl." He's new-ish. Anyway, today he was put on a register AND they gave him the Self-Scan monitor. (This is a Palm Pilot-like device that beeps annoyingly when a Self-Scan terminal has a problem.) The thing is pretty easy to use; you just touch the offending terminal on the touch screen and sort it out there. Usually the front end manager has this device.

Well, the thing makes the special beep that signals it needs an ID verification, so Daryl just pokes the thing and lets it do its business.

I inform him that store policy states that we have to actually go over to the terminal and look at the person up close in order to verify their age. It doesn't matter if we can see their gray hair and hunchback from across the store; we still need to physically walk over there.

Anyway, I tell him this. He nods and says "Oh, okay," like he gets it.

Not even ten seconds later, he proceeds to do the EXACT SAME FUCKING THING.

Dude, we JUST had a talk about this, you ignoramus!

At least "Alexis" was there today -- my awesome coworker who goes to the same college as I do. She's small and adorable and really intelligent! (If I didn't already have a girlfriend I'd totally be hitting on her, lol.) She broke the monotony enough to make me not hate my life.

But then I had to do cleanup. Fun fun fun.

I swept the break room and cleaned the tables, and stacked the chairs neatly. (Apparently I'm the only person who does this correctly, wtf?!)

Then I moved on to the bathrooms. (Side note: Our store just recently got remodeled, so the nasty-ass bathrooms we used to have are now very clean and nice-looking. I no longer despise having bathroom duty.)

Guess what I found in there?

Actually, it was a (consumed) bottle of orange juice hiding behind the toilet tank.

What the fuck how long has that been there?! IT'S DUSTY!! WHAT THE SHIT.

As if that wasn't bad enough, I came across not one, but TWO more partly-consumed drinks while doing re-shop later.

One was a bottle of Mountain Dew that appeared to have ONE gulp taken from it (jeez, what a waste! It was Voltage, too!) shoved behind some cat food, and the other was half a cup of coffee placed among the salad dressings.

Fucking pigs, I tell you. They're everywhere.

Im amazed at the piggy shopper who leaves partially eaten/consumed food/beverages. One day whiel visiting the local Wally World, I thought I'd walk through and take photos of the things left out of place and submit them all en masse to RHU as a sort of 'one day photo study project' of the hell retail people go through.

Not only did I find things tossed aside (a table of clothing with not only bananas but also a 50 pound bag of dog food was the kicker!) I found half eaten food in nearly EVERY section of the store and including one coffee cup from STARBUCKS across the street! The starbucks cup was a mere 10 feet from a waist can. I got so disgusted, I didn't finish my project.

You have someone on register and controlling self scan?

Wow. I feel super sorry for you and your co-workers. Self scan usually requires way more attention than that.

@Marvinator
DO IT. The world needs to see what we go through on a daily basis.
Also, 50lb bag of dog food + clothing table = WTF?

@Self Scan Queen
Yeah, they saddle us with both responsibilities sometimes because the front-end office personnel all have to take turns having smoke breaks. *eyeroll*