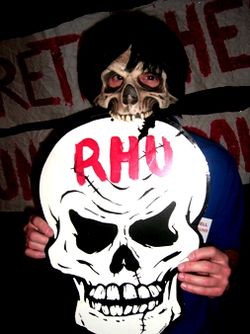 Happy news! I am officially out of the retail world!!!

Back in August I had a few interviews with non-retail jobs and I thought they'd forgotten about me, but I finally got a call and started a new job at a bank earlier this month! Hooray! No more Hell Depot!!!!!!!

I'm not completely free from retail, though, as my branch is one of those branches you see invading Walmarts these days. So although I don't technically work in retail anymore, I still get to observe all the joys from a new perspective.

I have a few stories for you. First, one last tale from Hell. I worked in the carpet and flooring department, and one night these two ladies hunt me down in the aisles. I live in the south, so you can imagine.... "We need some vaaaahhhhnyl."

"Okay," I respond, and take them over to the right area. They pick out the right kind of vinyl runner and I get it down on the ground. "How much do you need?"

"Well, not on this ruler. That's like from here to the front of the store."

I give them some time to think about it and come back, when they have decided upon 120 inches.

I get ready to cut it when they stop me, panicked. "Better make it 121 inches," she tells me, "My ruler at home starts at zero and yours don't. Mine don't have this little metal thingy on the end."

The little metal thingy covering up the zero. I sighed and cut 121 inches.

The bank is providing its own insanity, though, as expected.

This particular bank is a sort of second-chance bank, and will accept customers who have been rejected by other banks or have terrible credit or for some reason can't do business with other banks.

As you might imagine, this draws a lot of people who are not the most upstanding of customers, or more often, fricking CRAZY. It's fantastic entertainment.

I'm told of people who fight dollar fees for months on end, people who stuff their cash into shoes or bras (and the money actually smells like feet and makes the drawer smell like feet) before depositing it, and other sorts of lunacy.

A customer came in the other day, and while his transaction was being processed by someone else, he noticed that I'm new and gave me a good look, then tells me "Hm. You look of average to above average intelligence. In the future, I'll allow you to do my transactions." Er... thanks. 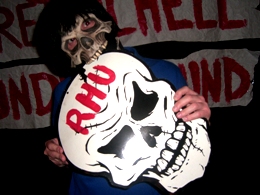 So far, the only downer about it is that a lot of my coworkers seem to hate their jobs. True, we get wacky people (but I think it's kind of entertaining, for now), and maybe we do work longer hours than other banks (but it's better than tossing boxes of tile around until eleven pm), and maybe we don't get paid as much as other banks or positions (but it's still two dollars more than Hell Depot, and they actually give you raises upon promotions at the bank... unlike Hell Depot), but frankly I love it so far. Maybe it's just because I came from such a crappy situation that I'm grateful, or maybe it's just because now I might actually be able to make enough to pay rent and eat all in the same month. But for now, Incognito is blissfully happy.

Oh, and to Hostile Home Improvement: (for some reason this site isn't letting me post comments at all) I feel your pain COMPLETELY. I've got a bachelor's degree as well, and was stuck doing returns and refilling carpet samples at a hardware store. Granted, banking isn't anything close to my major, either, so I guess I'm still in a similar position, lol. The minute that economy goes up, the retail industry is going to lose a lot of slaves, I'm guessing. Or hoping. Or something. :)

Thanks! Yeah I'm hoping things turn around soon. It's good to see that you've made some progress, hopefully I won't be far behind!

the green, it is after the human is defeated only will then appear, also will be painstakingly astringent, for human pressure, however, so long as everything thought toward the advantage, it slowly will vanish.