RHU DISCUSSION: TAKING THE FALL FOR A COWORKER 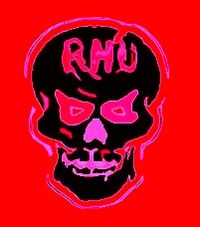 Though I no longer work in retail all my high school and uni years were spent at various retail establishments. I shall call myself... VaguelyRetail.

Today's story is from the university break when I worked in a movie theater.

It was the only cinema in town and paid more than the average retail job. It was a summer holiday hire and I got the job just by walking in. No resume, no background checks. (The boss-man was shocked to find out 8 weeks in that I was the daughter of a family friend.)

There were three managers, Boss-man, Hipster-chick and Asswipe. The first two were awesome. Asswipe was the reason why they had such a high turnover of staff.

On my second day of work I had been stocking in the candy-bar with the younger workers (I was the only non-manager over 18) and things were going great.

Suddenly they was a bellow from Asswipe.

Someone had left the crockpot that we used to melt chocolate turned on. (for choc-top icecreams) The chocolate was burnt so it was about about a $30 loss.

After ranting at us for 15 minutes about how we were all useless wastes of space he asked who left it on. The others were too scared to say anything. (They were all 15~16 and were just threatened with losing their jobs. I don't blame them)

Deciding to take a gamble, I said it was my fault, even though everyone there knew that I hadn't learnt how to do the icecreams yet so it couldn't possibly be me.

He wasn't dumb enough to call me out but I got a further telling off and the cost subtracted from my first paycheck.

It was completely worth it.

Word got back to Hippie-chick about what I had done for 'her babies' and she made sure that I got employee of the month and the best shifts for the rest of my employment there.

She suspected that Asswipe was the blame for the burnt chocolate too.

Ever taken the fall for a co-worker? Was it worth it?

huh, thought it was illegal to deduct pay for shit like that O__o

Worth it! Best shifts? Oh yeah, worth it. Plus I'm not even taking into account the fact that the co-workers that you saved probably treated you nicer than they normally would have, and there's the karma points...

It is illegal to take away pay like that.

My first job would charge me 8 dollars for every glass I broke i was only 16 and didn't know any better.

Congrats on best shifts! Sucks for deducted pay though. :(

I've covered for a coworker before, but it backfired one me - they started saying their mistakes were mine and my coworkers still act like I have no clue what I'm doing. So unless they're an amazing person I'm never covering again.

I have a few times for really new people when they mess up if there are shitty supervisors. I know which supervisors will rip into them and which ones will nicely tell them what to do for next time. If it's a mean one, I'll say it was me. 1) The supervisors know it wasn't, but they can't say anything 2) The new person is safe (and for the moment, not cowering in fear from the supervisors).