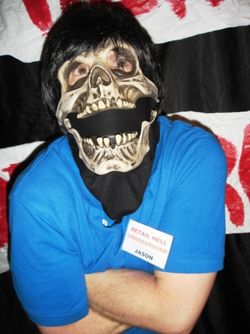 HOLY SHIT THE RAT IS ALIVE!

Yeah, I'm alive, I know you all were drooling in anticipation.

Despite my best efforts, I have not been fired, not even reprimanded since my last writing. Until today.

Today, as some of you may know, was the supposed RAPTURE. Which means the world ends, Jesus happens, all the cool stuff like that. And I like talking about the end of the world, because let's be honest, 8 hours of moving, building, and moving furniture again is nothing but an exercise in futility and I need SOMETHING to keep me sane.

Sadly, I picked the hot button topic for this glorious day, and a surprising amount of people were on edge, including many customers.

Now, I've gotten reported by customers before. I'll wear headphones while I do paperwork, or I'll eat at the work desk if we're busy and there's no time to take a break, mostly because the store manager is aware of the fact we're alternatively busy as all hell or just plain dead, allowing for a rather large amount of rule bending.

For some reason, I got it with both barrels today from the warehouse manager, which I was not prepared for. We talk a lot of shit around customers, and like I said, the main subject today was the Rapture. 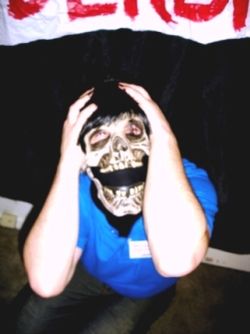 A few guys I worked with were scared, and I told them, perhaps too well, what would happen. For the first time in what seems like forever, a customer was actually listening when I talked, and got mad at me, for not only "scaring him" with talk of the apocolypse, but for mocking his religion and God.

Now, I'm Catholic enough to be ashamed of the many, many sins I commit when I simply exist, and this guy wasn't making my day any easier, what with buying a sectional and driving up in a very small car, so I'm about a hair from unloading on this guy, when Psycho stops me. He pointed at our boss, who had the most evil look on his face, but directed towards me.

After the customer left, he called me into his office. "I don't like joo talking about shits like that."

"Neither do I, but it's not going to happen."

I'd like to point out I did a no call no show on Friday and Saturday last weekend, which is kind of like punching your boss in the face, but worse, and nothing came of that. This is a man who's not even religious. When a guy nicknamed Psycho is the sanest person in the room, there's a problem.

May the couches avoid your crotch,

Yeah, but he was right. Religion is batshit nonsense, but those who do believe tend to take it seriously. You're not paid to mock the beliefs of the customers, even if it does involve an old man in the sky and his son who walks on water. Just roll your eyes and keep the lip buttoned.

And if you do a no call no show for two days straight without even feeling bad about it, you're probably lucky to have a job at all. I get the impression you're not the most dependable guy to have around, making life miserable for both the customers and your co-workers. Way to go.

To be fair, I have a friend who has a kind of schizophrenia, and who actively avoids all news channels and media because the slightest thing can trigger an attack of panic and actual, mind numbing, nauseating fear, however silly it seems. She actually closes her eyes when Yahoo starts up with the news page and gets someone else to click through to mail. This fear can last for days and weeks, and actually sometimes stops her from functioning... and if she hears someone else talking about it, it's like she thinks that because they believe it it must be true. All of us deliberately avoid mentioning things like that in front of her because we know it can just feed her delusions, which is what they are, although they're a hundred thousand times worse because they're rooted in reality, and goodness knows how many others believe it to, and do so publicly! She once went home and cried for four hours because she saw a poster for an apocalypse-themed movie. Hers is an extreme case, but maybe things like that aren't good for where there's customers.

Mistress Macha, is your friend getting help at all? I think she really needs it if she isn't.

Mcarp555, CHILL OUT!!! FIRST, Rat mentioned they are IN FACT Catholic, and that they were reprimanded for " and got mad at me, for not only "scaring him" with talk of the apocolypse, but for mocking his religion and God". Now, if the man was in fact a believer as you assume, he wouldn't be scared, as he would already know what the rapture entails and the fact that during the rapture people are judged...not die...So, i can't possibly understand why someone would consider talking about one's religion or a supposed religious event that most catholics didn't even believe that the supposed rapture was occurring on the 21st. Your response is not only offensive but shows a lack of understanding what his website is about altogether and makes me seriously question why you even bother commenting here unless your goal is to try and bring people down.

Mistress Macha, Your friend sounds like an un-medicated/ untreated schizophrenic, now i say this because my own mother is a paranoid schizophrenic and while she does thing that some people are following her and it terrifies her, she knows it's irrational and her vast array of medications tend to help with the episodes. And while I'm not trying to make light of your friends condition, i'm simply pointing out that if everyone were to operate like that...It would be very difficult to run a business if one assumed and tried to act in a way not to offend each and every customer. Please don't mistake the tone of my comments to you as similar to that of Mcarp555 because they are, not only totally different but because i do sympathize with the plight of your friend.

Mcarp, I'm actually the only one who ever shows up on time, and that was the first time I'd ever not come in to work in 9 months. And if you've read my other stories, you know that my coworkers are worse people than me. The only reason I didn't call in was because I was on a train to go look at a place to live. And normally, I would feel bad about it. But my boss has been forcing me to take over his Mondays on my day off because he wants it off. So the hell with that.

My coworkers and I were joking about the "rapture" all day when we were working. I mean, we knew it was a silly prediction that wasn't coming true. We weren't making fun of religion or the rapture itself, but the guy who was making these false predictions. It's all in good fun. I think people are too sensitive and want something to complain about.

That prediction is total BS that has nothing to do with anyone's religion.

The guy who predicted May 21st as the rapture was just some crackpot, nobody from California who happens to be lucky enough to have a radio program from which to share his delusions!
Most mainstream Christian groups even have rejected his predictions.

The Rapture is not Pope approved, i.e. if you are Catholic you probably do not believe in the Rapture and realized that the guy who predicted it is a load of shit. Just FYI!

Also, love your description of a no-call no-show. It's so apt! :D

Rat - Be that as it may, no call no show because you have a grudge against your boss is unprofessional. You're saying you'll do as you damn well please if you don't get your way. If they can you for it, it'll be tough to blame the boss.

Also, no-call no-shows are a dick move no matter how much your job sucks.

But getting reprimanded for making fun of the rapture is fucking ridiculous. Womp womp.

Wait, I thought all of religion was based on fear mongering. You were just doing your duty and trying to convert followers, damnit!

My sardonic humor aside, however, you're always taking a risk talking about religion at work. It's because of shit like this I avoid it all together. It's just safer that way.