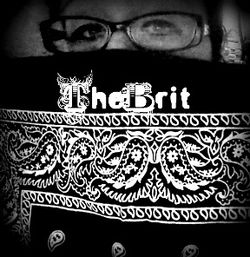 My Sunday was not fun.  During the shift, Chef had not spoken to me once except to rudely say I dropped a napkin.

I asked Metalhead what was up and he kinda looked at me sideways before saying "Chef says you need to focus on your work more.  I think that's utter bullshit since you're doing fine."  That made me pretty mad.  I've been a rock for that restaurant through all kinds of shit that they've been dragged through, what with theft and turnover like you wouldn't believe, and each shift they call me in for, I come in and work, without exception.  Chef and I always got along too, so I was honestly very hurt.  He came into the dining room as I was setting up, and I said "Hey Chef, can we talk for a second?"  "You wanna talk to me?" he asked.  "Yeah."  "Not now, I'm VERY busy."  Then he walked away singing.  That was the last straw.  I had to put in music before I started crying like a little bitch, so I finished what I was doing and left.

Today also started out as a really shitty day - I'm fighting off a sinus infection and boys are stupid - and I wasn't really looking forward to shlepping to work to have to deal with Jimmy and D and Chef.

I got there at six, and Darla greeted me happily, as she does.  I was chugging green tea like a boss, and put my things behind the bar when she slipped next to me and whispered "do you know that Jimmy quit?" 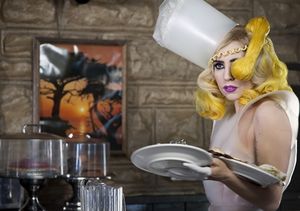 I swear to God that if the heavens opened and Jesus himself came down and gave me a high five and a plate of cheesebread, I wouldn't have been happier. Apparently Jimmy is going back to New York (he says he got a job in Long Island) and was still in the kitchen, absolutely drunk out of his mind, and when I was outside having a smoke, he staggered toward me.

"You know, Brit," he grunted.  "I like you, and you're a very pretty girl, but you're a bitch.  You have serious ego problems.  Do you have a boyfriend?"

I so don't but I immediately invented the most gorgeous boyfriend you could ever imagine and told him we'd been dating for a few months.

"Well...you should ditch him and come out with me sometime, if I stay here."

It took every cell in my body not to laugh, and I said something along the lines of having to go back inside and taking care of my tables. So I fucked off.

The rest of the night was not so great.  We are out of almost everything - eggplant, lamb, most of our kebabs, and customers were not happy.  A couple tables actually walked out, as did a woman who had ordered a takeaway.  I was swaying dangerously throughout most of service, due to a lack of food and generally feeling fucked up, and D snarled at me that I should have stayed home and called in sick rather than come into work.  I'm a waitress.  I have no health insurance in the state of Michigan.  I cannot AFFORD to call in sick.  Asshat. 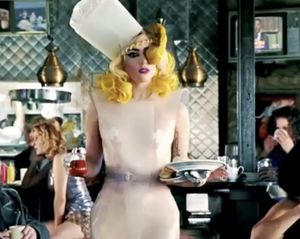 So just as I was set to leave at 8.30 as per his instructions, he pulled me and Darla aside. "Turn off the open sign and start locking the doors." Yep.  We closed down in the middle of dinner service.

Darla and I are going out for drinks and dinner now to celebrate the demise of Jimmy.

I've been following the Jimmy story, and I have to say....

This rocks. Awesome. Congrats on the newly-vacated position in your restaurant!

So...you are so sick you are swaying on your feet, yet after getting off early, you decide to go out to dinner and drinks?

Sounds like you weren't sick, just looking for sympathy and making it up to make yourself look good. "Poor poor me-I work so hard even though I am sick." Bull. If you were really sick, you would have gone home.

Um did you consider the fact that it could could have been a day or two after she felt sick that she went out?

Ignoring the comment that sounds an awful lot like a troll.. that's interesting that Jimmy is leaving, but good for you.

and boo about the place you work not stocking up on stuff, I hope that's not a sign that something bad is about to go down there.

get a new job, this place is sinking like a rock

So far every installment of this story comes with new red flags. Rotating managers, government investigations and lack of basic stock.
I can't wait for the "I got to work and the place was locked and empty" installment.

Has anyone called the Kitchen Hell show yet? From the sounds of it this place could provide entertainment for a show easily.

As for the swaying and going out to eat, if you noticed she stated part of her issue was lack of food. As someone who gets low blood sugar and dizzy spells, I can understand how eating can really pick you up. Your managers should of let you grab something small from work.

If I wanted sympathy, Sir Troll, faking sick would not be the way to go about it. Nice try though, better luck next time.

High-five on the demise of Jimmy! Hope you can figure out just exactly what the Chef's problem is sooner rather than later, though. Bitch.

Yipes! Lack of Stock, shutting down in the middle of dinner - not good signs. Like an earlier poster said - hope you don't show up and it's Steak&Ale all over again.

Chef might just be grumpy if him & Jimmy were friends and blaming you for running him off, congrats on the small victory tho.

Yay, congrats on Jimmy leaving! I do have to agree and say that it doesn't sound good otherwise, might want to start looking for another job just in case.

Congrats on the demise of Jimmy. How bizzare that "you're very pretty" + "but you're a bitch" = lets go out sometime???

CallMeRed: He's prolly stuck in the whole "women should service" idea. -_- Hence the bitch/ego-thing: She dares be a strong woman, who stands up for herself. He still wants to screw her though.

I agree with everyone else to find another job asap. Having inventory empty and an investigation are not good signs.

The Jesus cheesebread thing was hilarious.

The funny part was, after I sent in this post I went and got some cheesebread.

I also thought it was funny that he called you a bitch and then asked you out, despite the fact that you told him you had a boyfriend (even if he was made up).

I'm also thinking that getting out while the getting is a damn good idea. It doesn't sound like this place is going to be open much longer. If the ship is sinking, make like a rat and abandon ship.

Rotating managers, Jimmy quitting (or saying that he quit, he could have been laid off), irritable chef, lack of stock. Brit you are going to show up one day and find the store closed, or find that you were fired. Seriously, get out of there.

I cannot understand how you do not have health insurance. I mean, what if you break a leg? What if you catch a disease? If you ever need surgery, you will go bankrupt that very instant!

Soft Ice Girl, it's not like I don't have health insurance as a choice >.< I can't afford it right now! In January I go back on my parents' health insurance because I'm going back to college (yay) so then I'll actually be able to afford being sick or breaking something.