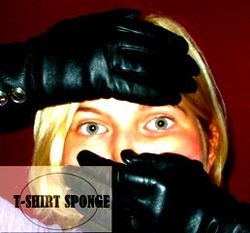 Hello RHU! Hope you all survived!

My Black Friday was LONG, as I'm sure all of yours were, however, it was strangely uneventful. I was supposed to work midnight to 9am, but it kept getting pushed back, until eventually my hours ended up being 10:30 pm to 7:30am. We opened at midnight, gave away some free cameras, and everything was pretty on the level. We even had an LP guy this year (and Old Slavery has pretty much NO LP so that was a shocker). He counted the people in line before we opened and there were almost 500.

Only a few complaints really. I worked with one employee who just LOVES Black Friday, thinks its SO MUCH FUN, and thinks anyone who DOESN'T think its SUPER FUN has a crappy attitude. Ok chicky, listen here - I have a pretty good attitude. You don't have to walk around giving me the 'If you think it's going to suck, then it will' speech. I got it. But the most fun thing I can think of doing right now is SLEEPING. Not working Black Friday. Doesn't mean I hate life. >.>

Dealt with that for 9 hours, and amazingly, neither one of us ended up dead.

Also, someone decided it would be a BRILLIANT idea to put all the $1 scarves (one of the hottest BF items) behind the cashiers. So the cashiers, instead of ringing people up, are running back and forth climbing ladders trying to get people their scarves. Most were sane enough to wait until they were at the register to ask for their scarves, but some were leaning over the cashwrap and yelling at us to get them scarves. Yeesh. I was glad when they were gone. Bad. Bad. Idea. It's a freaking miracle someone didn't fall off the ladder and rupture a spleen.

Lastly, when someone returns an item they bought online, if we don't carry it, we don't know the price. So when another customer wants to buy it, we have to call the HQ. So I had to do that once today. And I get this automated message: "We're closed for the holiday."

IM SORRY, WHAT DID YOU FUCKING SAY?! I almost dropped the damn phone. There's no one to answer the phones ON BLACK FRIDAY?!? FOR REAL?! Happy Thanksgiving assholes, I hope your turkey explodes in your colon. -_-''

I did drive around and take video of the stores and their lines at about 10pm. None of them were ridiculously crazy, but it seems to me that a lot of people came later.

I'm a little worried that there were no crazies - maybe they're all waiting to do their shopping until closer to Christmas??

Yeah, B&N wasn't horrifically bad either, of course I didn't come in until 10 am but it was steadily busy but not chaotic. :)

Tshirt Sponge, you have just the most charming voice and a natural 'phone smile' -- lovely to listen to, though I bet a lotta folks on the phone treat you like you're underage.

Congrats on surviving BF -- and having enough energy to post this after your shift!

It wasn't insane when I went into my Old Slavery around 11... and my midday shift actually got cut because they weren't making money! I was floored.

At my hellmart the worst we had was a few fist fights, a over night stocker getting punched in the face, a lady taking a printer to the face and the punk ass teen who decided he wanted to make you tube by diving into the towels and throwing them into the air at people.

@QueenofCrows - Aww, thank you! lol, a lot of people treat me like I'm underage in person - I look as young as I sound. No one takes me seriously.