Custy's Appreciation Takes The Grinch Out of Holiday Retail Hell 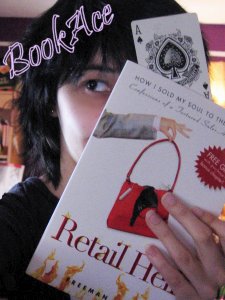 I hope everyone survived the worst of holiday hell!

My story today is not of hell, but of a customer who made my Grinch heart grow three sizes.

I love Christmas. I really do. But this year my holiday spirit was lagging from all the frustration of settling into a new job and other life anxieties. Customers had been a nightmare, there were assholes and bitches constantly coming in, and one of my co-workers abruptly quit, leaving us short-staffed against the onslaught of cranky custys. The fact that I’d only had one day off in a run of nine days wasn’t helping.

So I was feeling grumpy on the 23d, despite the imminent arrival of one of my favorite holidays, making me feel grumpy about feeling grumpy. The phone rings, it is dutifully answered by someone, and then I’m paged by my manager telling me the caller is for copy center. She said he wants some photos from his phone enlarged before Christmas, and that I should probably tell him we couldn’t do it.

I went to collect the call and see what was what. Turns out he had 10 photos and he just wanted them printed on 8 ½ by 11 paper. It was pretty slow in the department and I felt like taking a chance, so I told the guy to send the photos to his e-mail and to come in, and maybe we could do them after all. 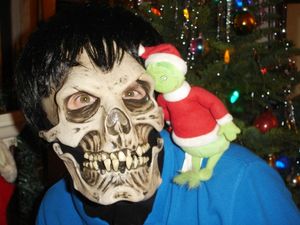 He came in, we located his pictures, and he started explaining how he wanted them. He changed his mind a lot (“I want just a really nice color copy of each…oh, can I get a black and white set too? Can you put the pictures on a CD for me? Can you add text?” etc etc) It took a little while to settle on exactly what he wanted, but during all this I got some insight into why these were so important.

Customers like to talk to me about their woes, and he did seem kind of bummed out and subdued, so I wasn’t too surprised when he started. I groaned inwardly at first. But as he occasionally spit out random bits of his woes, I got the impression he wasn’t one of the usual “I have you captive so now I’ll milk sympathy from you / use you for free therapy” sorts. He was in that stage of “I need you to know I’m not a crazy emotional nut over some pictures, really, but I don’t know how much to explain.”

The short of it was that his family had died at some point in an accident, and his fiance’s aunt had just passed away, and you could tell the whole situation was reminding him of his loss, plus he was heartbroken because she was heartbroken. These pictures were important to him because some were of her and her family and aunt, and he wanted them printed and to have digital copies saved for her, but he didn’t have a computer. 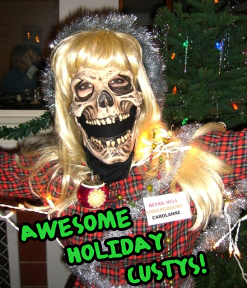 I probably spent a half hour with him, printing up different versions with different writing, and then going through and doing a set of each one. The thing was, he was really polite though. He thanked me over and over and pretty much every suggestion I made was met with, “That’s a great idea, perfect, I love it.”

When it came time to pay it added up to maybe $9 total. After paying, he opened his wallet again and said, “You guys can accept tips, right?”

Technically we’re not allowed to, which I told him, but he pulled out a $10 bill and pushed it across the counter and said, “Oh, then I guess I just dropped ten dollars someplace. Don’t remember where, whoever finds it can just keep it.”

I tried to tell him he didn’t need to do that, but he insisted. Nobody was around, so I accepted the money and thanked him multiple times, completely surprised by his generosity, to which he shook his head and said, “No, I want to. Thank you so much for this, it really means a lot to me and to her.” As he was leaving he thanked me one last time and I swear his voice was shaking.

It got me thinking. I don’t feel like what I did was even worth an extra $10. I just enlarged some pictures and added text and saved some stuff to a CD, which I could do in my sleep. But doing that for him and his fiancé meant a ton to him. We all deal with dozens of customers a day who don’t think what we do, whether it be easy or challenging to us, is anything more than a duty we’re obliged to carry out. Most of the time, what we do is done solely to chase the almighty dollar for our corporate headmasters, but every now and then the things we do mean more than we realize.

I spent the rest of the day feeling more polite and cheerful than I had been at work for awhile. It was one of those, “the meaning of the season isn’t trampling others for sale items or owning the new flat screen/iPad/Lexus” moments. It’s just helping out others, often in small ways.

Thank you, random customer, for reminding ‘ole Grinchy BookAce of that just in time for the holidays.

Yeah, it's customers like that who make my days bright, even though I wish that I could help them more!

It would have been an awesome end to the story if you had put the ten dollars into a donation bin. You know, pass on the good cheer.

@ Kitty: I actually went online later and donated the $10 to Charity: Water via the CakeWrecks charity drive. =)

I didn't want to take away from the story by seemingly bragging about my own kindness. I wanted to just focus on the mystery customer's generosity this season.