Holiday Hell At the Magic Kingdom 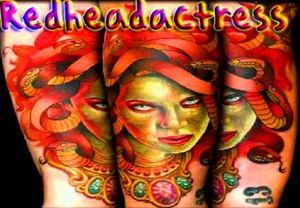 Hello RHU, it is Redheadactress again.

A lot has happened since my last post. As some of you already know, I am no longer employed with Cosmo's. They have a ridiculous point system that is hard to follow because the rules change when the managers see fit. I had car trouble the last day and lost all my remaining points (even though I had not called out in almost 4 months)

At first, I was sad to have lost the job since I needed the money, but I am not sad to leave the self entitled teenagers behind. Since I have been gone, I have heard the section has gone down hill and fast. My store, which was the top in the area has been consistently the worst since I have left. If I didn't say I was smiling on the inside at that news, then I would be a huge liar.

Since my termination, I have encountered a series of health problems. The first time I went to the hospital, I had severe abdominal pain, but nothing was coming up on the tests. The second time it was worse and I was vomiting blood. Nothing. The third time I was having all that plus chest pains. Nothing came up on the test. The doctor decided it was gastritis and peptic ulcers. Go figure. During this time I had to call out from the Mouse three times. When we call out, we have to call a specific number and tell them the reason. Well, I didn't do the actual calling, my boyfriend did because I was crying so much from the pain I literally could not talk.

So when I get back to the Mouse, I get hit with a reprimand. For what? 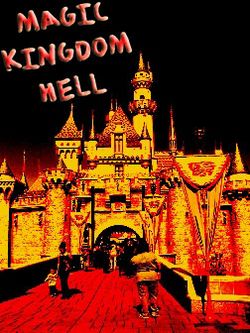 Attendance. The policy is that if it consecutive, it only counts as once. But alas, there was a mistake: the second call out was marked as a no call no show. I am in the middle of disputing this since no record of me calling in. Since it is the holidays, there have been more available shifts galore and I have taken everything I can get my hands on, sometimes working 3 different shifts in one day.

I like it most of the time since I am not doing the same thing all day and I get outside during most of it. My feet, however, are screaming for a break and at the end of the day I crash from pure exhaustion. Most of the time these shifts are controlling people during the parades and most are very willing to cooperate. Christmas Eve was not the case. Guests were not listening, I got cussed at, ran over, hit in the face with stroller, pushed, shoved, punched, and screamed at during the first one. Then to get them out of there, we actually had to open a bypass area through our back lot. Now, if you ever go through our back lot, YOU MUST PUT AWAY ALL CAMERAS AND CELL PHONES. There are no exceptions to this rule. Many had a hard time with this and I got screamed and cussed at even more from this. One lady blatantly ignored me until a manager literally walked with her the entire way telling her to put her phone away. And one lady stopped in the middle of the walkway and told me she wasn't moving and that I should have watched out for her 80 year old Grandma on the bridge and how dare I let her fend for herself.

Just a note, I wasn't anywhere near the bridge that night. The second parade was a lot better since I was placed in special viewing for our platinum members. A little boy would not sit still and kept running in the street so we played Jedi vs. Cast member. It was amusing to say the least and of course he won. And the best part is he didn't run into the street again. And to end the story, I kept getting backlashed for saying "Happy Holidays." I even got the whole "this country was founded on Christian values" lecture. I could debate that for hours, but I just simply said that "It is the -th day of Hanukkah and we have guests from all over the world."

Well I have to get ready for another parade shift, hopefully I won't be a stranger for too long.

Have a Happy New Year!

Oh god - PAC. (Parade Audience Control). This, at least at MK, is truly the 9th level of hell where only the brave dare to tread. People blatantly ignore the broadcasted warnings, etc. It... sucks ass. Props to you for being able to handle that shit. You are a braver person than I.

I grew up a Disney kid, so my Mom and Step Dad generally took us down there once or twice a year. I noticed a lot about the workings of the employees there and I could not believe how hateful the employees got treated, especially during crowd control. Once I got old enough(about fifteen or so)I actually ended up helping, such as informing a confused patron that they couldn't cross the rope barriers when I didn't see a cast member around, that way there wouldn't be any problems. Most of the people were nice about it, as I luckily just got the confused ones, but I saw more than one person scream at poor PAC people. That's about the same time I gave up my dream of working there. It would ruin the joy for me.

As an atheist, I have no problem with people wishing me a 'Merry Christmas'. What I do have a problem with is people insisting that this is the ONLY possible thing to say to someone at this time of year, instead of 'Happy Holidays', or whatever else. As such, whenever I hear someone who goes on about this, if I'm in a mood to yank their chain, I like to start wishing them a merry Saturnalia, and a good Dies Natalis Solis Invicti.

If you're not familiar with these terms, Saturnalia is an ancient Roman festival that is thought to be one of the predecessors to Christmas (it's where the tradition of giving gifts comes from, for example), and Dies Natalis Solis Invicti (or 'birthday of the invincible sun') is the Roman version of a festival, falling on December 25th, from Mithraism - a religion that had a central figure with remarkable parallels to Jesus, and had existed since at least 250BC, but had only grown popular in the Roman Empire for 200 years or so before Christianity effectively became the official Roman religion, thanks largely to the first Christian Roman Emperor, Constantine. This means that, if history had gone a bit differently, we would be celebrating Dies Natalis Solis Invicti instead of Christmas.

You are one tough gal.

So much for Dismaland being the happiest place on Earth.

I'm really sick of the arrogant "merry Christmas" police! It's the holiday season for more than just christians! How arrogant to only wish happy holidays to the members of one religion and insist that everyone else be ignored. From now on, I'm wishing everyone a Merry Yule, since that was the pre-christian pagan holiday that Christmas is based on.

"America was founded on Christian values"... oh, really, militant Christians? Bam. http://en.wikipedia.org/wiki/Treaty_of_Tripoli#Article_11 Signed in 1797, ten years after the Constitution was adopted. For those of you who don't want to link out, here's a key quote from Article 11: "As the Government of the United States of America is not, in any sense, founded on the Christian religion [...]"

Oh, to add, that was UNANIMOUSLY passed. :|