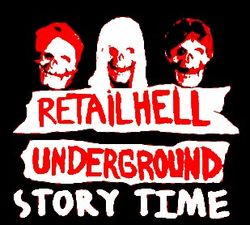 And so, ThatManagerBastard, tired, weak and weary from a Mother's Day that was spectacular only in it's absolutely amazing amount of fuckery sits at his computer.

He raises his eyes, and begins his story.

So, today started out fairly OK. For a day in which my alarm didn't go off, causing me to be 32 minutes late for work.

So I get in, and That Bitch, the manager of dayshift, who is the most hated and hateful person I know, is all sweet and nice. Color me confused. She even, in ENGLISH I might add, says please. Once. I am not awake enough for this yet.

I go to look at my schedule. I usually have 3 front people, and 2 cooks, on a Sunday. I origianaly had 5 people scheduled, but one is not there for reasons that would take a couple of hundred words to explain. The AwesomeGM, that I love in a totally non romantic way, has let Felix have the day off. It's Mother's Day, who in their right mind would go to Fast Food for Mother's Day? First shift barely did half of their normal business, and That Bitch sent two people home early. Good, I'm still not awake, so slow sounds good, until the Mt. Dew Voltage kicks in. 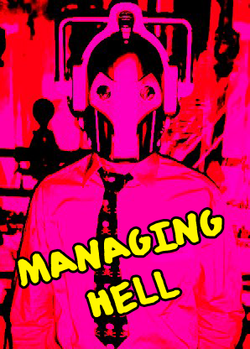 So, I go around and start doing my Temps. No problem, until I get to the walk in freezer. You know, where we have a full weeks worth of food that was delivered Friday? Yeah, that one. It Temps out at 30 degrees. It's supposed to Temp out at 10 or less. Well, maybe StereotypeLatinoGeneralLaborer was working in there and had it turned off. He's from panama, so he doesn't do cold any better than I do. ReTemp it in half an hour.

That Bitch sees me walk out of the cooler, and stops me. She says " The Freezer, it's not being cold right now." She takes me back into the freezer and shows me that, and I have to yell here, THE FUCKING FROZEN FOOD IS STARTING TO THAW!!!!!  She says " Is OK. Don't call AwesomeGM. Leave a note for Manager I Barely Know to call the fixer in the morning." I'm still only half awake, so I guess this sounds reasonable.

The next hour is slow. I keep checking the Freezer Temp, and it is running from 28 to 30. Still below freezing, but not where it should be. Next hour, same thing. I have my crew pick numbers, and get ready to send #1 on break. We get hit with 4 cars at once, and 1 person inside. No big deal. We do the quick clean between rushes, and as I'm getting ready to send #1 on break, we get hit again. And for the next four hours, that's what it's like. No one gets a break. And we stay steady but not quite busy all night.

About half way into this, I manage to call AwesomeGM. It's Mother's Day, no answer. I leave a message, explaining as completely as I can in under 50 words what is going on with the freezer. I just have a bad feeling about the freezer, and I want to confirm with her that leaving it until morning will be OK. The night slows down about 9PM, and I manage to get my two Closers a break before the early leavers go home. By 10 it dies, and we manage to start getting all the little stuff before closing done, so we might get out on time. 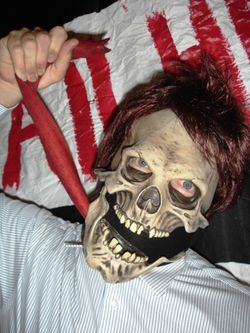 I am just reaching for the switch to kill the outside menu board, when AwesomeGM finally calls back. I give her a full explaination, and she has me call the guys that BK has on retainer ( who's name I did not know, or I would have called them myself to 1) get their opinion because they've been doing this for years and 2) get the ball rolling to get them out as early as possible tomorrow) and see if they can have someone there when we open, because by now we are both worried that we are going to lose the entire freezer load, and we're talking easily $5,000 in food.

I get a hold of their night service, and he promises to have one of their guys call me ASAP. It takes less than 10 minutes. It turns out our guy had been at a freezer repair all day already, was heading home, and was in the area so he could stop by real quick, maybe fix it, or at least find out what he needed to do to fix it tomorrow so he could get right to it.

He arrives just as my closers are leaving. I tell him it's acting like it's low on coolant and the compressor is freezing up. ( I've had this happen, it's an easy fix, if you have the tools and the gas.) He goes up, takes a look, gauges the tanks, and sure enough, it's low. He tops it off, and by the time he gets his tools put away the freezer is Temping at 19, and falling. He's coming back first thing in the morning to find the leak and fix it. He thinks he may have gotten to it soon enough to save the food, but he's not sure. If That Bitch had called when she found the problem, it would have been no problem.

This, is a mistake. Maybe the one that will get That Bitch a pink slip. As much as everyone there hates her, I don't want to see her lose this job in this economy. But, for this, yeah, I think she deserves it.

Freezers are fickle things. One job I had at a service station had a small storage freezer out back in the storeroom with two metal doors on the front, where we kept all the extra iceblocks stocked up.

One night I was on graveyard shift and had another staff member on the tills (before they decided to cut back to one person working alone at night), leaving me to take over sorting out the storeroom after a delivery from the previous shift and fill up shelves in the store, boxes all over the place - at once point, I was up to my knees in empty boxes strewn about the place after unpacking them.

Next shift, I come in to find that at some point the freezer had lost power, everything inside had melted and resulting in an understandably pissed off manager. At that point, I found out the hard way that said freezer unit had the worst possible design for the power switch - at the bottom, in the front and around foot height, in a prime position to get hit with a foot or have a box knock into it which caused the problem. All the stock was ruined, and to this day I have no idea how I managed to avoid getting into any real trouble over it, despite having owned up as soon as I realised what had happened.

Of course, I've had the opposite extreme happen as well - the end of one summer in New Zealand, the air conditioners broke down a bit before Easter. The temperature and humidity in the store shot up, hot enough that I amused myself by watching the boxed chocolate bunnies melt and collapse in on themselves in front of my eyes. Between that and the squishy chocolate bars, it taught the head office a lesson for taking so long to get about to fixing said air conditioning...

Ouch. As a former restaurant worker, that kind of thing is just such a pain. You know it's not good, but you don't have the skills to fix it and have to wait for The Expert to get in and solve the problem. Such a helpless feeling...

Oh jeez, we had that problem once at the hive. Our walk-in is a fridge, and to be honest...probably has close to a few grand plus simply in boars' head items. Our walk-in is usually below 30 F, but one day i walk in mid shift and...all of a sudden, it's warm...it's near the end of my shift, as well as a few other of my coworkers, we run to alert management, and both of us stay later (with pay!) to help fill up carts and bring it all into one of the meat department freezers. apparently it was hell for the rest of the night while running back and forth between freezers, but thankfully management wised up (we're a grocery store...any loss of product is awful for us). Had we not noticed...or not cared as your earlier manager had, we'd have lost everything...That's just negligence, i'm proud you stood your ground and got it fixed!