Coworker Hell Revenge: Playing a Prank On Turkey
We Always Knew Barbie Was a Freak Of Nature

Our V'ger Overlord Finds Evidence Of The Newest Species of Custy: Piglets

Greetings fellow slaves! Our local Hellmart did some reorganizing recently, which resulted in everything getting moved to completely new places. After some roaming, I found the trail of a new breed of Hellspawn, and as their discoverer, I have dubbed them 'Piglets." Piglets are Piggy Hellspawn, getting into messes and causing messes whenever their Piggy Parents are not around. 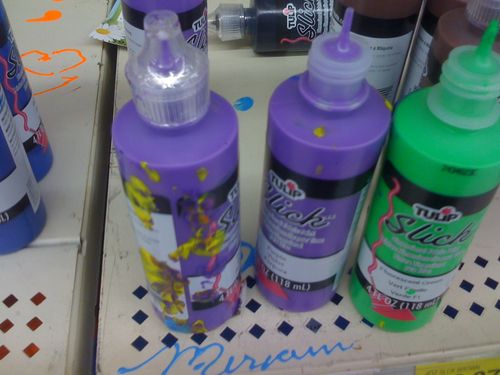 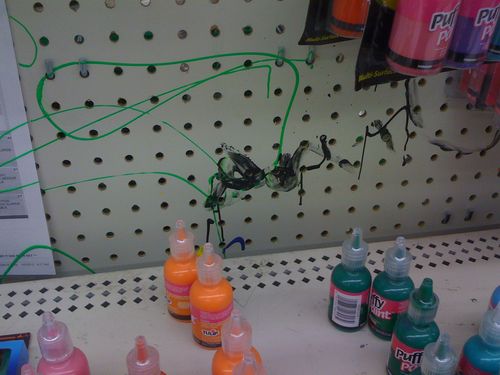 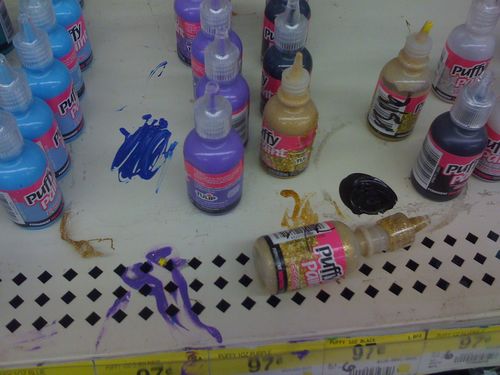 (Where my finger is pointing is where the level of paint is inside the bottle. About half of it was used in the Piglet Attack.)

However, this is not the end of the discovery. I returned some months later and discovered that the trail had evolved and expanded in subsequent Piglet attacks! Please note this is the exact same spot in the store with no further protection for the merchandise attempted by the slaves or the managers. 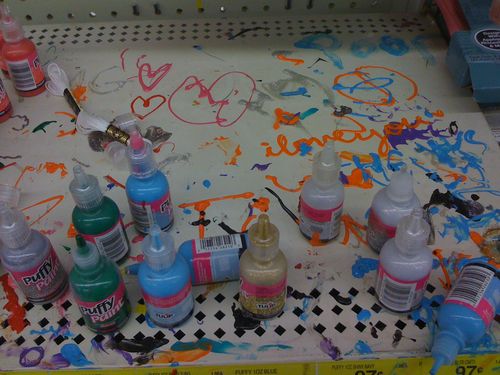 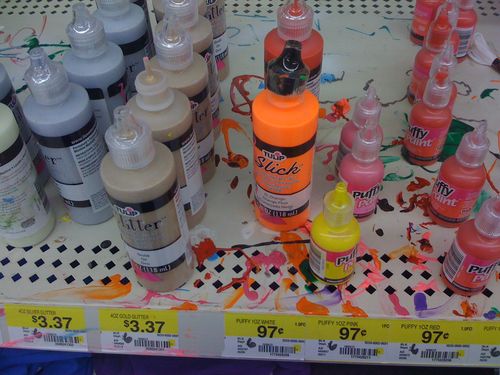 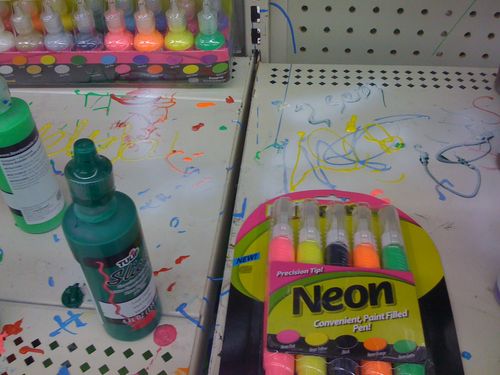 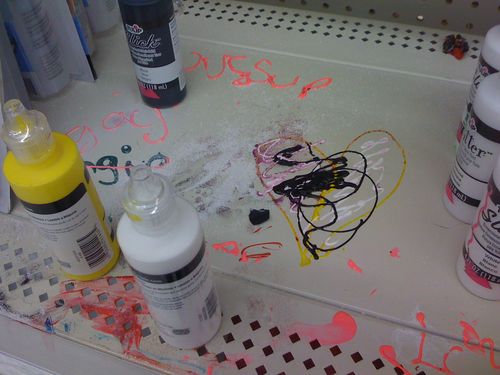 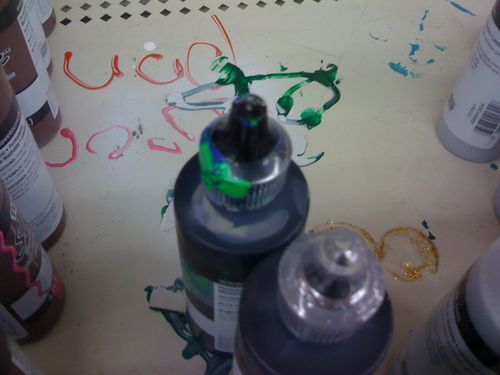 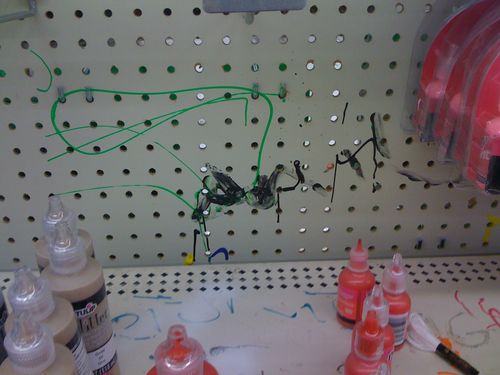 It is with great sorrow that I bring to you news of this nasty little species of Custy, and advise you to be wary if you are in your retail enviornment. Attacks such as these can occur without warning.

I don't even know how you stop this...

Puffy paint is a sacred craft at our college. HOW DARE THEY DEFILE IT???

THIS is why they should put paint, nail polish, crayons, markers, and make up in those plastic packages that nearly call for the jaws of life to open.

I´m sure that crusties of all ages are capable to create such damage and mess.

SMH I was a fine arts major in college so besides the regular actual art stores I sometimes also frequented the local chains and have found that every store that has this paint has the same issue... so gross. I'd love to catch someone doing it & rip them a new one.

You should get one of your friends in and have them complain to management. We all know managers will listen (and usually cave) to customers before they even give half a shit as to what we slaves say.

I don't know if this was children. I caught a woman in her late 30's "testing" a blue spray paint all over our shelves, in multiple aisles. Because, you know, how was she supposed to know what exact shade it was otherwise? Best to violate a few health laws and fuck up some shelving in multiple areas, since she couldn't tell what color it was the first fucking time.
You'd be amazed how many times I have to tell people not to open paints and squeeze them out to "see the color". The tubes are clear, THAT is the color.

I've seen hell-spawn do this with Silly-String at hell-mart as well. When we did catch them, there really wasn't much we could do. (Don't remember if there were any policies for this - was 10 years ago since I broke free from retail.)

When I did catch some, I didn't ask if they were going to pay for it, (obvious answer - No) Instead, I asked HOW they would like to pay; cash check or charge. When they told me that the can was already opened, I told them that didn't matter, THEY were who I caught spraying it around. But I'd let them go, if they helped clean it up. (one had chased his 2 friends around my dept. with a can, and they were laughing and pointing it all out as he cleaned it all up.)

One of the custies was old enough to write her name ("Miriam," not really an under-60 woman's name) neatly in joined-up handwriting (which I'm pretty sure most Piglets can't manage). So I'd say it's morons of all ages, up to and including grandma-aged thoughtless cunts.

In fact, I know a 10-year-old named Miriam. Definition of heavenspawn. I'm kind of hoping my 8-year-old son ends up dating her when they both get old enough to date.

I agree, it's not as common a name as it once was. Kind of like "Irene" in that regard.

Pretty sure this isn't kids, it's probably young/mid adults messing around. That's some pretty good cursive for "Miriam."