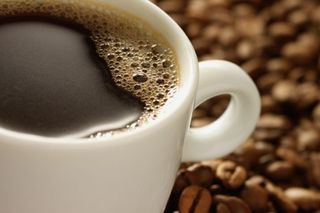 Even though Boston is under a strict lockdown during the manhunt for bombing suspect Dzhokhar Tsarnaev, Massachusetts-based Dunkin' Donuts remains open to serve first responders, BuzzFeedreports.

A Newton store manager told BuzzFeed,  "There was an automated message going around telling businesses to close, but because we're Dunkin' Donuts, we called the police department and they said we didn't have to."

An official statement followed: "At the direction of authorities, select Dunkin' Donuts restaurants in the Boston area are open to take care of the needs of law enforcement and first responders."

Customers have been Instagramming images of full stores. Ahmed Eldin posted a picture with the caption, "America still runs on Dunkin even during a lockdown. Dunkin Donuts at Prudential Center."

The chain hasn't promoted that it is open on social media, but it has discussed how it will help.

The Dunkin' Donuts Facebook page does have the message that it is donating $100,000 to The One Fund Boston, which will support family members of bombing victims. A post also states, " Boston-area franchisees have been and will continue to support emergency workers in the community, including sending trucks to serve coffee and hot chocolate."

It's really great that so many people are pulling together to get this tragedy rectified. Our hearts go out to the people of Boston, from all of us at RHU.
And to those RHUers who are in the area, and who may have been affected personally; we send our comfort and well wishes.
And I really hope they pay those brave coffee slingers double time for quite possibly risking their lives to keep the police caffeinated.

Oh, man. Damn ninjas with their onions...
The Mister Rodgers quote has been going around about seeing tragedies on tv, and looking for the helpers. These Dunkin Donuts stores are helping the helpers. Kudos to them.

I had almost forgotten why I liked Dunkin. Now I remember. On top of having pretty damn good breakfast sandwiches, they do stuff like this.
Stay strong, Boston!

Always thought DD coffee was a little over-roasted (I prefer local chain HoneyDew), but gosh, I'll have to hit DD's a little more often. This is nice. As long as the coffee slingers are volunteers, anyway!

And thanks for the kind thoughts. It's been a very weird day here in Massachusetts, even though we live thirty miles from Boston. No trains running, even our streets are half-empty, even though the lockdown doesn't apply here. I think people are still going through the stages...

Let's just hope they catch the guy soon. If the Law Enforcement people get points for trying, by golly, they're stacking them up this week!

Bravo to the DD workers, and the cops who [hopefully] will bring this maniac's rampage to a halt soon.

Sending positive thoughts to all in the Boston area.

THEY GOT HIM!!! Damn, I'm going to sleep SO well tonight. You just don't mess with Boston. We'll mess you up right back.

They're not doing anything for the stereotype of cops and donuts...

The cops declare defacto martial law on the entire city and ask everyone to "shelter in place" for safety.

They need their donuts, I guess it wasn't too dangerous for the DD folks to go to work.

If it was safe for the DD workers, I bet it was pretty safe for everybody else.

It's a great sentiment but why the heck were all the businesses shut down. Not only should that be illegal but there is no logical way that helps anyone.