McNug And The lady Who Didn't Want A Sausage McMuffin 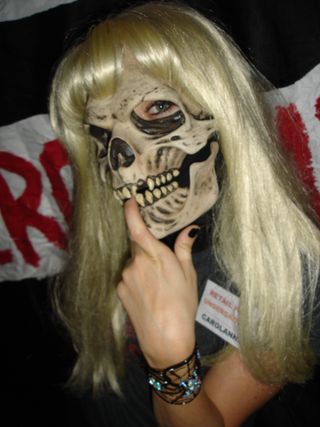 Ok, who wants to place bets on when I'll turn myself into crispy, golden goodness? I must be hogging all the oxygen so their brain cells are getting starved.

This morning, I get an order in - guess where- pit, my home away from home. I'm so used to being there that it's gotten to where the regulars noticed my haircut under my hat ( but they all said they liked it, and I thought it was really sweet of them to notice:) ).

I verify it, and sure enough, that's what she wants. So I ring up a sausage mcmuffin since its cheaper for her, and easier for grill to understand at six oclock in the morning. I read back the order since it was good sized, and she gets upset because she wanted a sausage and cheese biscuit but on a muffin. I asked if she just wanted sausage and cheese and nothing else on a muffin instead of a biscuit.

Me: Ok then, that is a sausage mcmuffin.

Her: No! You don't understand! ROARROARBITCHBITCHPISSMOAN NOW!

Finally, I got tired of it, and charged her for a sausage and cheese biscuit- on a muffin, just the way she wanted.

One of my managers asked, " Why didn't you just charge her for a Sausage McMuffin? It's cheaper."

The grill person looked at her and said, "Don't even ask" while shaking his head. 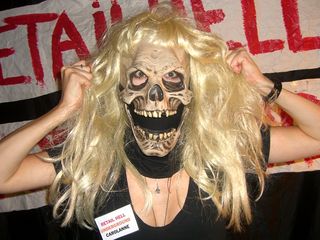 Seriously, it was like a freakin comedy of errors! Weird part is she was pleasant enough when she drove up. I don't know, maybe she really DID want to spend $2.39 instead of a dollar on a fucking muffin.

Now, I like to end with something positive. I might not be where I thought I would be, but I've had a lot worse jobs, and as far as teamwork and respect and management, this place is boss. I feel truly blessed right now.

I know no one wants to work at a fast food place or retail, but sometimes it can turn out to be a blessing in disguise. Just keep your head held high, and a smile in your heart, and remember that it all leads towards something, to quote a wise man (Randal Graves).

Til next time, may all your customers be joys like mine (most of the time.) :)

I have never understood how people can not understand when you're trying to save them money. In fact, most of the stories I've read on here (and on Not Always Right) the customers seem to think just the opposite, that you're trying to overcharge them instead of save them money. It always makes me laugh when they seem content that you followed through with their (stupid) demands and they actually end up paying more because they didn't listen to you.

I haven't done it (because as NCTony says, I recognize when they're trying to save me money) but I've seen the 'I want a cheeseburger with no cheese' one, and the cashier trying in vain to explain that that's a hamburger and 70 cents cheaper...

It just flippin irritates me. Although after soul searching, I think she was picking up breakfast for coworkers and thats what the person wrote. I dont know, all I know is it was one weird encounter. Told my sm later about it in case she decided to say something, and even he had a look of wtf on his face.

And I've seen the "Whopper jr. with only mustard, ketchup and pickle".
Okay so a hamburger but 30 cents more.

And the Bk stacker without the stacker sauce, but with mustard, ketchup and pickle instead. Okay so that's a bacon double. Or they'd want it plain with only the bacon, cheese and meat. Okay but the bacon double plain is cheaper than the stacker plain for the same thing.

More irritating though are the people who will do a super complicated order so they can save less than 5 cents. In other words, turning one sandwich into another, so it will be 3 cents cheaper than the menu price for the sandwich they turned it into.

When I was working at a hardware store, I had many customers who wanted to try to buy only one garage door spring after one broke. I managed to convince all but one that they needed to replace both sides unless they wanted to be replacing them more often, as pairing a brand new spring with an old spring puts uneven tension on them, warping the door and causing both to last less time. This one idiot just refused to listen, insisting that he'd done it before, and that I was being condescending by trying to explain why both should be replaced. I asked him how often he'd been replacing them and it was twice as often as he should have needed to. Finally, I gave up and sold him just one. Never saw the moron again.