The Golden Arches Decides To Branch Out To A New Audience
Because Poor Literacy Is... Oh Wait I Already Made That Joke... 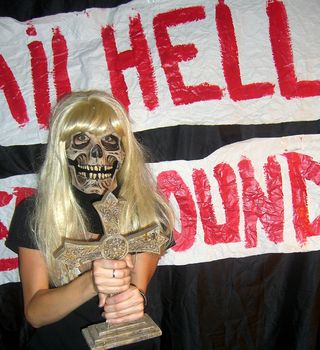 Umm...Hello everyone. This is my first time submitting to RHU...so I guess you can call me Shrinking Violet. Sometimes I can get very shy and quiet, so it is a good thing that my social skills have improved during the 6 months I have been working at a grocery store as a bagger or 'courtesy clerk' if you want to be all fancy pantsy about it.

It's a pretty nice place if I do say so myself; we have an AMAZING bakery with desserts that are usually worth the higher price and the deli food is also top notch in my opinion. I digress though, so let's get to why I'm writing in.

I am suffering a little bit of a coworker drama situation at work, and what makes it worse is that one of the coworkers involved is my younger brother. Let's call him Big Friendly Giant or BFG for short, since he is a huge softy despite being taller than me.

Now for some reason, BFG has some sort of issue with our coworker Van Hellsing (so named because he once showed me a wooden stake and told me it was to keep him safe from vampires). Before I started working there the two of them had been friends...but then Van Hellsing started dating another one of our other coworkers, (a girl named Fishy who also happens to be one of BFG's best friends and a possible crush of his) and I guess everything went to hell from there.

Every encounter between them seems to be hostile in some sort of way, even to the point where they would involve managers and even me... It has gotten to the point that I had to beg Van Hellsing to be nice to my brother despite how the latter treats him, because I want to avoid a hostile work environment.

So my question is, how the hell do I handle this?!?

Sit down with your brother and watch 'The Godfather.' Then, explain to him that "It's business, not personal," is one of the great lessons of the piece, and that no matter our feelings about someone, when it comes to the workplace, we must be civil, polite and adhere to a code of ethics.

It's an etiquette lesson wrapped in a badass package. Worked perfectly on my brother-in-law, who had a similar quarrel with a mutual coworker.

And you might make him a nice spaghetti dinner afterward. That always helps reinforce the lesson that "I'm your big sister and I love you."

The Brocode seems to have been broken here. Sit down and try and have a talk with him about how he's feeling. Since him and Van were friends he might not have someone to turn to to get this anger out of his system which is why he might be projecting it. If you can't get through to him MAKE IT CLEAR you do not want to be part of this drama. You can always talk to a manager if you're being dragged into this drama.

It's not something any sibling would want to do and they may feel betrayed but keep that as a last resort. His behavior is unacceptable no matter the justification, IT'S A GIRL, and he needs to get over it. If you're uncomfortable or too shy talking in person you could slide a note under the managers door for them to look at voicing your concerns.

Sit down with the BFG and tell him that whatever he and Van Hellsing have got, it needs to be sorted out when they're not at work. If this feud continues while they're at work, one or both of them could easily get fired, and you might get dragged into it and get fired too. Tell him that he needs to keep it professional as this isn't high school. There's no room for drama at work if he wants to be a good worker.

Personally I would let it play out. Let your managers know what's going if you really feel the need but let BFG and Van Helsing learn their own lessons from this. Too often people try to take all the sharp edges out of life instead of letting others learn from them. It's not always a bad thing to lose a job or get written up, but it rarely works out to get involved in someone else's fight, especially where matters of the heart are concerned.