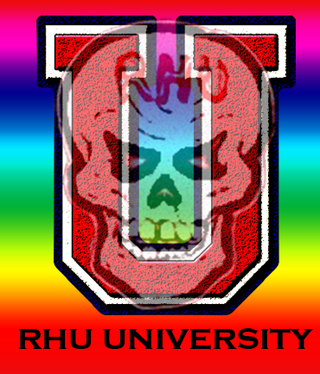 As we continue down the path of Crustology, it becomes painfully evident of one inescapable fact... Crustys breed. It doesn't take intelligence to be able to spread your genes, as even single celled organisms are capable of multiplying. Unfortunately, this sets the bar low enough to allow anyone to put their yay-hoo into a hoo-ha and pop out a hellspawn. The result is, unfortunately, an entire species of Sperm/Egg Donors incapable of doing the Eighteen Year Job that results from the Nine Month STD. If you haven't guessed the subject of the lesson today, students of RHU, please get a vasectomy/hysterectomy now. We'll wait...

Bad Parents, or Sperm/Egg Donors as they are sometimes called, are a degenerate species who follow the bad advice of incompetent people claiming to be experts in a field where there are no instruction manuals. Their parenting skills are so minimal as to be nonexistent, and they follow these creeds:

As such, their offspring grow and mature in an environment primed to transform them into Hellspawn. More on these creatures in a later lesson. Bad Parents come in two subspecies.

Apathetic Attendants are strictly hands off, permitting their spawn to act however they please and intervening only when outside forces interfere. They do not care what the child is doing, or what danger the child may be in. They are so removed from the task of managing their children that they will even find other things to pay attention to; the trees, the grass, the sunshine, stray air molecules, a cell phone, a text message... etc. 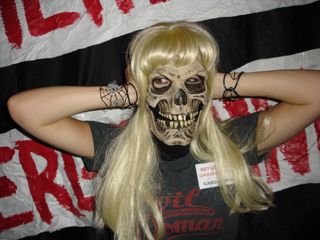 The only way to attract an Apathetic Attendant's attention is to interfere with their lack of parenting by asking their spawn not to do something lest they get hurt. This will immediately trigger a sharp, angry response:

Should a Hellspawn become injured due to their behavior, a different sound emerges... a high screech. "How-dare-you-make-this-store-dangerous-for-my-child! I-will-sue-you-for-negligence!"

Now unfortunately, these cries are only given when the Bad Parent is present. There are times when they are simply nowhere to be found, often for hours at a time. If there is no one present, you may be dealing with an Absent Attendant. These Bad Parents follow their Creeds like a cult, especially Creed #4 and #5.

These creatures expect the employees of the establishment to take responsibility for the child's safety, but will become extremely angry if the Retail Slave does the right thing. Finding out that the child is in custody of the police or Child Services enrages the Absent Attendant, but usually ends with them getting arrested for child abandonment.

It is inevitable for the Apathetic Attendant and Absent Attendant to eventually produce a Hellspawn, if only because the spawn seeks attention from its parent. Our next class will cover the younger editions of the Crusties covered in today's lesson. Get plenty of sleep, and bring your earplugs, dear students. You will need them.

Homework: Recall an encounter with one of these Crustys and submit it to the class.

Hey, Prof, I have two interesting but opposing cases for the class. One is funny, the other tragic.

Funny first: mom came in our store with a child-old-enough-to-know-better (8-10, maybe). Child wanted candy. Mom, surprisingly, said "No. It's too close to dinner time," and continued shopping. Spawn whined. Spawn cried. Spawn sobbed inconsolably, loudly, disturbing everyone in the place. Mom still said no, choosing her books. Spawn threw himself to the floor in front of the candy display, screaming and kicking. I had had Enough, and finally leaned over the counter, looked him in his (dry) eyes, gave him the Mean Mom Eye, and said, "Excuse me. You aren't allowed to do that here. If you wish to throw a tantrum, please go outside. Thank you." Spawn gulped, snuffled, shut up, stood up, and quietly waited for Mom to pay for her books. Mom leaned over the counter and whispered, "Will you come home with me? Please?"

Sad story next. This one happened recently to a fellow bookseller/friend of mine. Woman came in with 5 or 6-year-old girl, headed toward kids' room. Bookseller buddy was very busy, and didn't notice woman leaving. About an hour later, Bookseller went into kids' room to put books away, and there, sobbing quietly in the corner, was the little girl. "Where's your mommy?" was, of course the first question. The answer was awful. "Mommy left me here - she said I'm a bad kid, and she doesn't want me any more." Bookseller looked around to make sure Evil Mommy was really gone, then called the cops, who came, called CPS, and gently took the little girl away. Sadly, the child could not give her last name, her parent's name, or her address (probably never taught them, in this case); she's now in The System. Frankly, I hope they do eventually find "Mommy" and throw her butt in jail.

Bored, for your second story, I want to know where in the hell was Daddy? I'm sure he'd be furious. And yeah, I hope they find Mommy and throw the book at her.

Once while working the fitting room I came back to lunch to see a kid hanging around. No problem, thought I! The parent is probably in the room and the kid got tired of sitting on the floor so went behind the desk to see what the slave was doing.

No, no, it turns out the parent left her kid in the fitting room while she shopped. For over two hours. At night. With a complete stranger. She would periodically come by, change clothes, yell at the kid for "interfering" because we let her unlock doors, then when she picked her up complained about how unmanageable her kid could be (said kid had not whined, cried, or yelled for the entire hour and a half i was present).

I hope they not only find that "woman" but sterilize her THEN throw her in jail (and of course take away any other kids she might have). I hope that little girl is with a family that cares about her.

I am just a customer now, but can definitely sympathize with the slaves who have to deal with bad parenting at work. I've raised three sons, who were quick to learn ANY misbehavior in a public place meant leaving WITHOUT whatever they were there to buy, eat, or experience.

About 10 years ago, I became frustrated with having my shopping experience become painful (I get bad migraines) because of a shrieking child or ineffective parents. So frustrated that I started speaking to the offender. A quiet word to a screaming child often brought quiet. The most memorable event for correcting a parent was when my husband and I observed a child repeatedly throwing a toy out of the cart. EVERY SINGLE TIME, the father would pick it up and say, "If you do that again, you're not getting it back" and then he handed it back. After about 6 times, when he was handing it to his son, I said "Don't give it back. You told him he wouldn't get it if he threw it again. Follow through on what you said." Amazingly, I didn't get yelled out! The father set the toy aside and did not buy it.

I know I've told this first one before. When I worked at Nickles, I happened to be scheduled in Lingerie for one day even though my main department that year was Women's. I was checking out this woman and her 5-7 year old son was running a bit up and down the aisle. Not that fast, he just didn't want to stand still. Well, he decided to sit on our rolling folding carts which have no brakes. I said, "Please don't sit there." Mom complained that I should have told her what her son was doing and then she complained to our complaint line. Fast forward to the next day when I return to Women's. My manager told me there was a complaint about me and asked me what happened. So I told him. He raised an eyebrow, said "Damned if you do, damned if you don't," and promptly walked away.

I also had a good parent. Kid was about 3-5 (young enough to still be in a stroller at times) and started whining. Mum looked at him and said, "If you continue that, you won't get your pretzel." The kid promptly quit his whining.

Back when I worked at JC Penis, our housewares department had rolling ladders attached to some of the shelves so us workers could get appliances and dishware down for our customers from up high. I came back from my lunch break one day to see a 3 or 4 year old halfway up one of the ladders laughing and trying to climb on the shelving unit itself. His mother was standing right nearby not paying the slightest bit of attention. I was terrified the kid was going to fall and bust his head open, so I calmly (hiding my sheer panic for this kid's safety) told him something along the lines of "Please come down and don't climb on the ladders. They're not for playing, and we wouldn't want you to fall and hurt yourself." Idiot mother immediately turned and yelled at me for telling her kid what to do and "If he wants to climb the ladders, let him." Also according to her, it was apparently my fault he was up there in the first place, because I wasn't keeping an eye on him (because that's totally part of my job). At that point I just walked off hoping Darwinism would wait until after I got off work to strike this kid down.

@TLA: I have dealt with too many families where "daddy" aka sperm donor could not care less, because he has never been involved in the child's life.