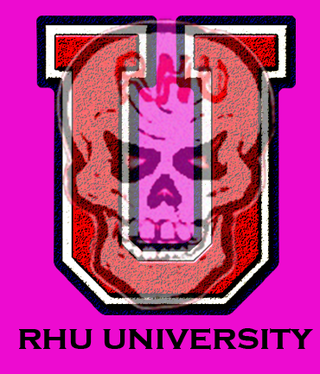 Class excursions are getting more complicated as our students obtain more experience. Today we meet the tiny little creature that wreaks the most havoc in its environment. Now when I say "tiny little creature,' I am measuring by kindness, and in this case they would be no bigger than a speck of dust. Today, don your safari hats, lace up your boots and summon the security guard! We're on the trail of the Nasty Ass Thief (NAT)!

Now Custologists are welcome to sit in on today's lesson, but we advise extra caution since the NAT's tend to be Crusties, which means it will take more advanced methods for encountering them in their environment.

NATs are despicable beasts, guaranteed to snatch up just about anything and attempt to make off with them. Some are lean, quick and sly, able to flee before they are caught. There's the furtive N.A.T., with its distinctive grabby hands, darting eyes and raucous screech whenever confronted by their natural enemies, the Security Officer. Others are brazen and argue angrily with anyone who confronts them. Some are even willing to get into physical altercations over their thievery.

The more brazen the NAT, the more likely they will use tactics such as declaring that a Retail Slave is prejudiced against their race, gender, voting party, religion etc. This tactic is based on the assumption that the Retail Slave will balk at confrontation for fear of being called prejudiced. Unfortunately, sometimes this works.

Security or police are often necessary to take control of the situation, as they will often get out of hand.

An example can best be put in the form of a miniature story of my own encounter with the handiwork of NATs. I used to work at Noble Barnes in their music department for the holidays. It was here that I learned that NATS will steal anything. ANYTHING. Our biggest 'shrink' section was tucked away in the farthest corner from the register. What genre of music was this, you ask? Christian/Gospel CDs. Yes. You read that right. I often wondered just how many of them were stuck down by a bolt from above.

NAT's take anything that isn't nailed down, and can be either cunning or just outright stupid. It's impossible to pin down an intelligence range. While you have to be just a little bit dumb in order to be a NAT, the range of stupidity to intelligence is vast. They can be 'how can you even remember to breathe?' idiotic, or they can be 'Good God, you could have solved world hunger with the intelligence you just wasted' clever. Their tactics could be anything from 'snatch and flee' to 'plans to smuggle the item out in places no one would think to look' complicated. It could be a devious plan that Retail slaves aren't even aware is happening, or it could be as blatantly obvious as waving their stolen object under the noses of everybody and their grandma as they race off into the sunset.

Unfortunately, this range leaves us with few options to thwart a NAT most of the time. Our only defense is to remain vigilant and keep our eyes on the people who seem to slip off into the hard-to-see places of the store.

Homework: Think of all the creative ways a NAT has (successfully or unsuccessfully) pulled off and submit it to the class.

Had a NAT once who was slick as the devil. Never did prove it was him, but every few weeks, he'd come in with his backpack and try on sport shirts [polo shirts, the ones with the nice collar.] He'd take a few into the changing room, come back out wearing his pack and softly shake his head. "Couldn't find one I liked, but I remembered to leave them on hangers for you. Shouldn't be a problem putting them away. You guys are doing a great job and I wouldn't want to leave a mess for you to clean up." Sure enough, the shirts would all be neatly placed on hangers. And every shirt had a hanger and every hanger had a shirt. But every time he came in, we'd always be one polo shirt short when we did inventory at the end of the day. He must have been slipping one of the shirts *and the hanger* inside his pack to avoid leaving obvious evidence behind. How he got the security strips off the shirt and hid them, I don't know. He took his "business" elsewhere after a couple of years. Always had a kind word for the slaves, never left behind a mess, and when he did buy things [like socks and underwear] he was patient, kind and helpful. Always had exact change out before he got up to the counter, placed it in the slave's hand with a smile, and more than once praised us to management in both verbal and written form. The most polite [suspected] NAT in history.

O_o wow that is bold

Many years ago I worked in an upscale stationers in California, It not only had social stationery but art and drafting supplies. This was before computers were in general use, so drafting supplies included all sorts of specialized pens & pencils, grid paper in every spacing imaginable, the slanted drafting tables and a variety of intricate rulers and devices for resizing existing drawings. We had a complete drafting table with all the tchatchkes on display. It was made of rock maple, just gorgeous -- and very large & heavy. One day late in the afternoon the boss comes around wanting to know if anyone sold the drafting table; no one had. Yes, fellow RHUers, someone had walked into the store (more like two someones,) picked up that drafting table and walked out with it, and nobody saw them!

When I was a retail slave at Hell-Mart (for 5 1/2 LONG years), the store would intermittently go through phases where they would install, open and use the self-checkouts (or, as I like to call them, the "thank you for robbing us blind machines.") Inevitably, NATs would buy a smattering of items, and one would be something large, opaque and closeable in order to stuff said item with whatever might actually fit in them. Not particularly clever, but always successful.

Because my store (and probably most of them, really) were so petrified of ever offending the customer (EVEN the thieves!), the store management would inevitably institute a policy of... searching employee bags before we left for the day. Because we were obviously the ones who were walking off with hundreds or thousands of dollars in merchandise every day. Eventually, they would just close down the self-checkouts for about 6-7 months, then reopen them and the circle of idiocy would begin anew.

Funny story about employee bag-searching, though. I eventually got sick of them constantly rooting through my backpack (which was basically my version of a purse, because a) I'm a guy and don't carry a purse and b) it's MY bag, damn it.) So I consulted with a friend who had recently visited the public health department and gotten roughly an entire shopping bag full of condoms. Seriously, this bag was ridiculously big and FULL. I emptied that entire bag of condoms into my backpack, covering all the things that I would normally have in there anyway (usually a book, a music player, headphones and a Yu-Gi-Oh deck.) They opened my bag that night before I left, turned EXTREMELY red, handed me the bag, and never again searched through my things.