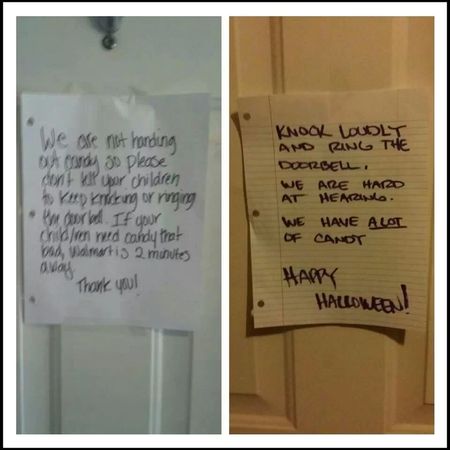 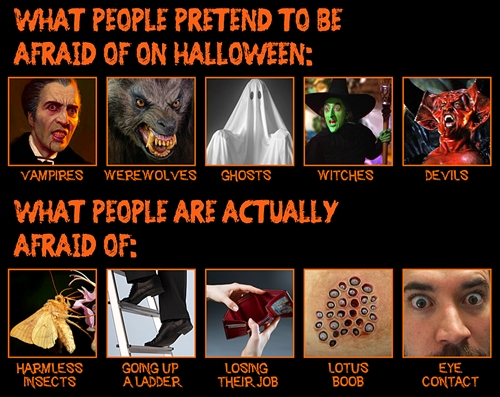 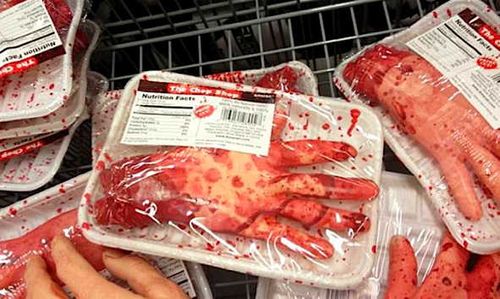 So, yesterday I posted this pic of Halloween prop hands packaged like meat. I found it on Reddit and just figured it was a random display pic from a Halloween store. Well, if you haven't heard the story already, turns out it's a Norwegian discount store and they created freezers and merchandised the hands like they were real mixed amongst other merchandise. So of course a bunch of their custys freaked the shit out and the grocery store - Europis - had to offer a public apology and pull the displays. Perhaps they took the merchandising too far... what do you think RHU? 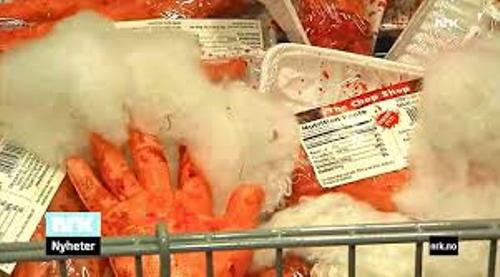 Halloween is more than just a candy quest for children dressed in spooky costumes. Over the years, it has become a competition for adults who want to attract attention with their scaring techniques and frightening house decorations. However, a discount store from Norway, pushed the envelope when they stocked their meat freezers with fake severed human limbs and other body parts, scaring children to death and making their parents’ blood boil.

The Europris discount shop thought putting realistic plastic human body parts in their freezers would help their customers get into the Halloween spirit. However, they were rather surprised to discover that parents who came in with their kids were furious after, among witches and monster costumes, they found severed human body parts wrapped in plastic and packed just like ordinary meat products. The bloody limbs, which came from a made-up butcher called “Chop Shop”, not only looked incredibly realistic, they also came with nutritional information stickers, which only added to the gruesomeness of the whole thing. Safe to say, most shoppers were not amused.

After numerous complains, a TV cover story and countless negative responses from the online community, Europris withdrew the realistic Chop Shop range from their freezers and apologized for their failed creepy joke,  adding that their intention was not to upset customers, especially the children. Mona Urfjell, one of the many outraged clients of Europris, wrote on Facebook that “There’s no doubt my children would have been terrified if they’d seen this in the shops. I think it’s such a shame that we have an American tradition so violently forced down our throats.” Another person, Gudveig Olsen wrote that “It’s absolutely terrible and it should not be allowed.” “Do we not have enough violence in the country without these kind of crazy people bringing such things into the shops,” Ivar Larsen asked rhetorically. 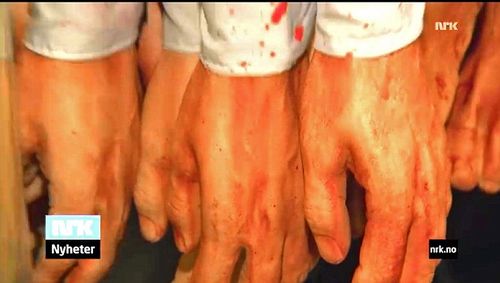 And this from Daily Mail:

Furious parents were horrified when they discovered the severed limbs in the meat freezers which terrified children looking for Halloween costumes and decorations.

Europris, which has stores across Norway, has now been forced to withdraw the range of fake, shrink-wrapped body parts.

Knut Spaeren, the company's spokesman, said: 'We also didn't want to cause any upset, especially not to children and we are withdrawing the range with immediate effect.'

But the move failed to lessen the storm of protest on Facebook and other social media platforms.

Facebook user Mona Urfjell wrote: 'I think it's such a shame that we have an American tradition so
violently forced down our throats.'

Another Gudveig Olsen wrote: 'It's absolutely terrible and it should not be allowed.'

Ivar Larsen added: 'Do we not have enough violence in the country without these kind of crazy people bringing such things into the shops.'

Earlier this month a man who puts up a display of 'disembowelled corpses' outside his home in Hertfordshire was asked to tone it down.

James Creighton, 25, was told that his scene was making children cry with its macabre reconstruction of a scene from The Texas Chainshaw Massacre.

He has put the display up outside his house in Stevenage to raise funds for charity every year since his grandmother died in 2009.

But one parent complained to Hertfordshire Constabulary, concerned that the collection of 'bloody corpses and gory skeletons' was scaring young children. 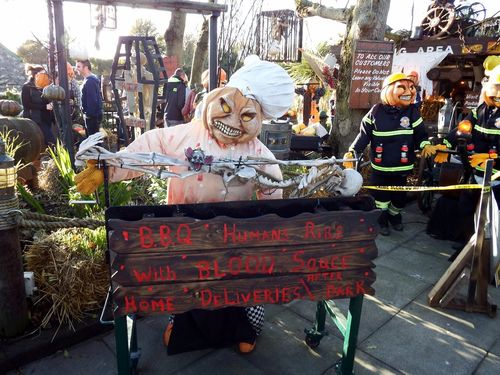 Not sure where this is, but I want to go! I bet it's spooky fun at night! Pics came from Imgur and did not list the name. If you recognize it, let us know in comments! 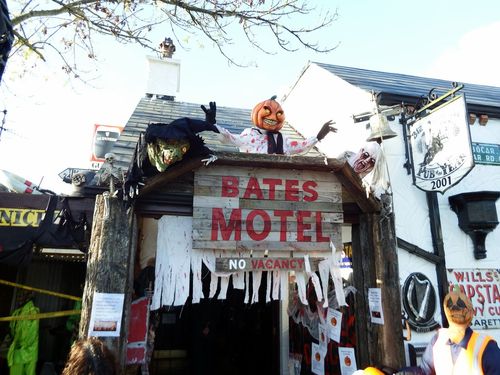 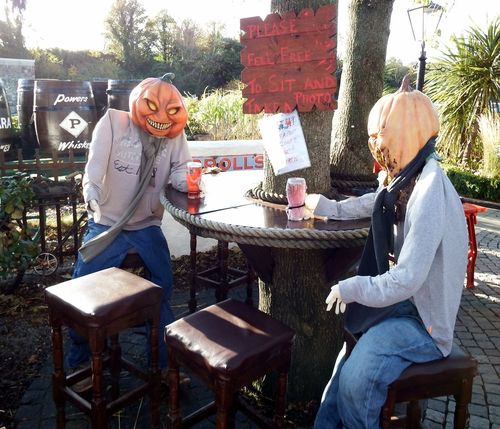 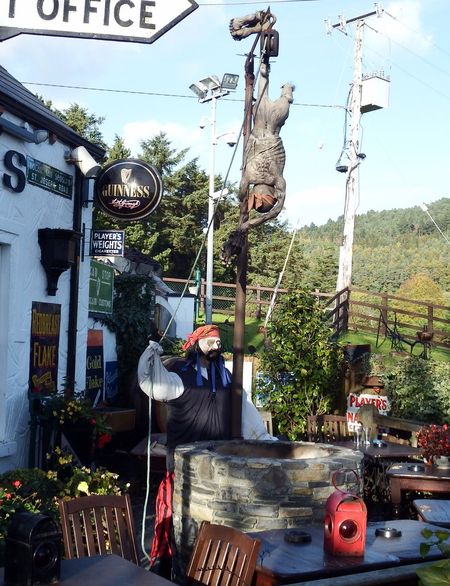 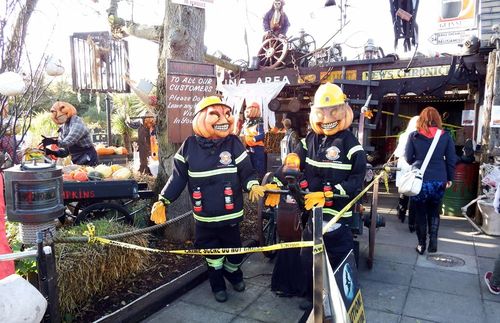 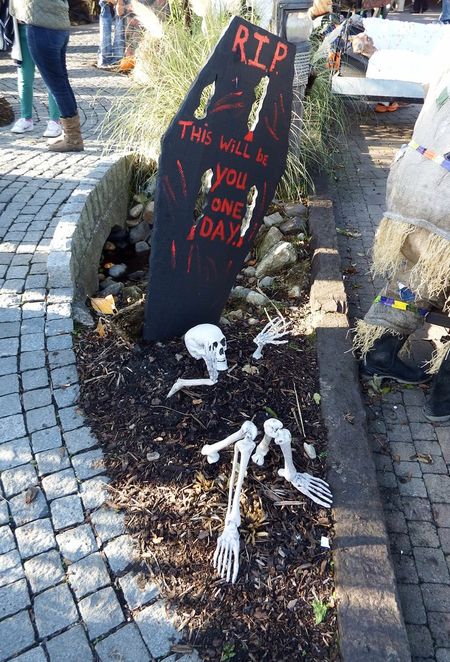 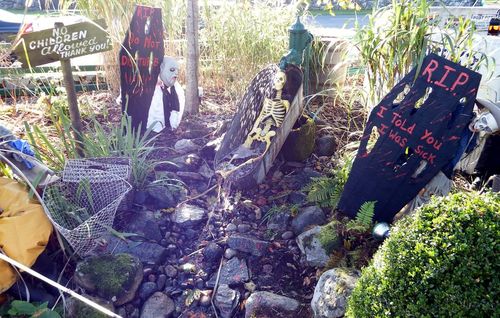 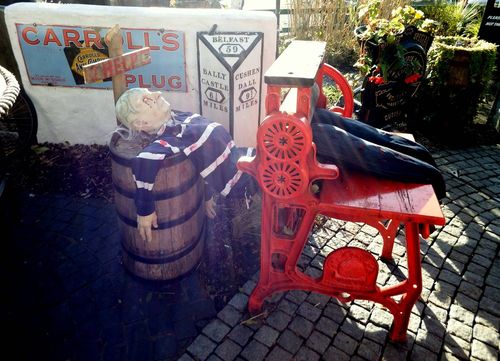 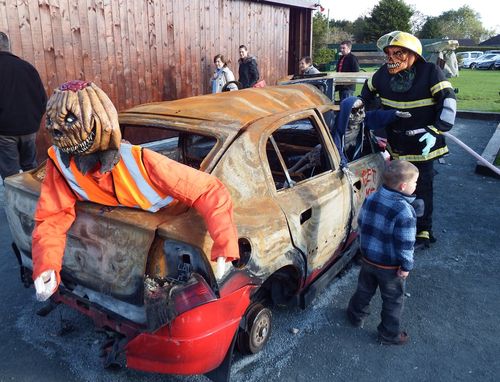 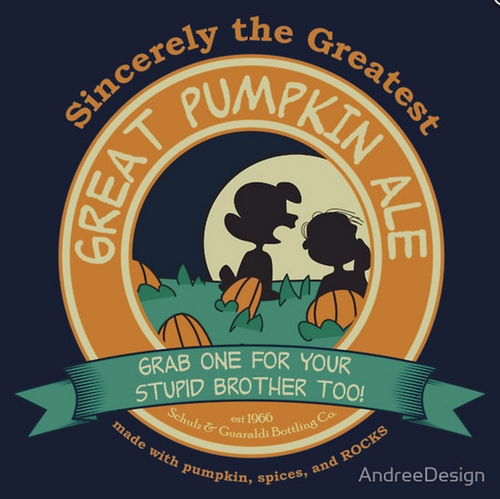