The Last Archimedean Puts A Slur-Spewing Bigot In Their Place 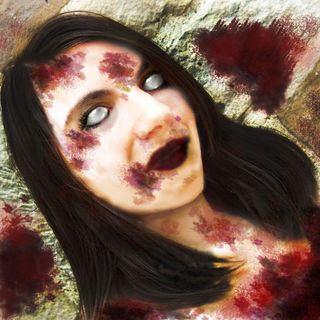 The Last Archimedean writes in with his feats of daring do in thwarting a racist crusty...

Made an early-morning trip to the store today to stock a few essentials, since I've now moved. The workers were all polite and helpful. However...

While I'm standing in line waiting to pay, the RAMBO in front of me goes on a sudden rant when she sees another customer who appears to be Hispanic doing their shopping. She unloads on the poor cashier about how "spics" are ruining the country and that "wetbacks" shouldn't be allowed to shop in the store because it should be for "real Americans only." She has an overflowing cartful of items, so the cashier has to endure this verbal vomit for about 4 or 5 minutes. The cashier is being stoic and not saying a word, but she's clearly uncomfortable. I'm getting sick to my stomach listening to this garbage, but I don't want to make a big scene, because I just moved here and don't know who any of these people are. For all I know this racist jerk could be the mayor's wife.

But everyone has their limits, and I've finally had enough. I use my sweetest voice. "Excuse me, miss, but I couldn't help hearing you. Did you say something about only real Americans should be allowed to shop here?"

"I couldn't agree with you more, miss. What tribe are you from?" 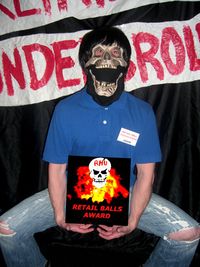 "I didn't mean *that* kind of real Americans."

And by that time, her purchases were scanned and bagged, and it was time for her to pay and leave.

Way to call that crusty out on their racist bullshit, TLA! You get a Retail Balls Award for the day!

Unfortunately, racists like that probably also believe that Native Americans (or First Nations if you're Canadian) don't belong here either.

Yes, sadly, but they can easily be proven wrong by pointing at any American history-related content.

Yeah this is where the manager should have grown a spine and said "Lady, this is a family place, so if you're going to use that kind of language you can GTFO!"

My mother used to say "The next time someone tells you to "go back where you came from", just tell them I will if you will."

I am Cherokee and Choctaw so I claim both, but then I am not a racist ass. But when someone tells me to go back where I came from, my answer is usually, "My mother's womb? Why would I want to do that?"

I don't know who said it but, "Columbus "discovering" America is like me coming up the fire escape and "discovering" your flatscreen TV!"

To make it even funnier, quite a few Mexicans are admixtures of Spanish and the local native population!
And if you're in the Southwest, their families might have been living there longer than the US has claimed the territory!