To Tip Or Not To Tip, That Is NC Tony's Question 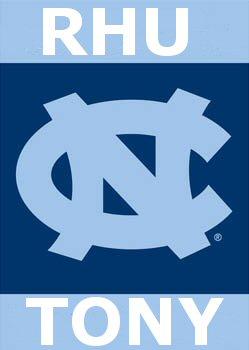 Ok, so I know tipping is always a bone of contention here, but I have my own bad service/no tp story. Tell me if you think it was justified or not.

Last night the missus and I went to see the Rocky Horror Picture Show for our anniversary at Cinebarre. If you've never been to a Cinebarre, it's literally dinner and a movie.

The menu features food with movie themed names (for example, the chicken fingers we ordered were called Goldfingers, their personal pan pizzas are called Mystic Pizzas and so on), the waitress comes around and takes your order, and brings your food to your seat (there's a table so you're not balancing everything in your lap).

So anyway, we order some Goldfingers and an extra side of Blade Runners (french fries), and a couple of beers. We get the fingers, no fries, no beers. The beers come when we're half done with the food (but before the Time Warp), still no fries.

We told our waitress FOUR TIMES we were still waiting for our fries, plus we told TWO OTHER waitresses we still hadn't gotten our fries. Each time they assured us they'd get them for us.

By the time Riff Raff killed Frank and Rocky, we still had no fries, but they charged us for them. My wife (very nicely) explained that we never got our fries, hence, we weren't paying for them. We got the revised bill, and just paid the total. No tip.

I understand it was hectic, but they do RHPS twice a month, so she should be used to it. So due to asking for our fries six different times and never getting them, do you think we were right to not tip?

I'm probably in the minority here, and I'm generally a very good tipper, but I refuse to tip for incredibly crappy service. Everyone has an off night once in awhile and I try to be understanding about that (kitchen goofs also get a pass...it's not the server's fault the cook forgot the lettuce or whatever), but when you're being charged for food you didn't get, your drink remains unfilled for 45 minutes, and the silverware you had to ask for five times gets flung into your lap...no tip.

Yeah, I would say it's justified, because you are being charged with goods that were not produced, and not rewarding them could be justified for not meeting your requests, which were reasonable.

Typically in the minority here, as I believe tipping should always reflect service, whether that means no tip or an exorbitant tip (my personal scale: bad service, no tip; ok service, 5-10%, good service, 15-20%, and anything beyond 'good' or good service in a difficult situation, 25% and up), but in this case we should all agree: no tip is perfectly justified, especially considering it was just no tip, not crusty behavior and no unreasonable demands.

And kudos for your RHPS habit. One of my all-time favorites, any time of year.

I have gone without tipping for crappy service and that was totallu justified. You weren't being unreasonable or snapping or getting super angry and in their faces about it and the fries were still no where to be seen. No tip for them for that.

You're in the right here, Tony. You gave them every opportunity to get your order. They failed. No tip.
Q.E.D.

In situations like this, the tip should be commensurate with the service. A dime would be about right. That way, they know you didn't just forget (or "forget"), and the tip didn't get stolen. You MEANT it to be insultingly small.

The two times you asked the other wait staff not assigned to you don't count, since they were trying to manage their own tables. "Sure, I'll fix that for you" just means they said whatever they had to in order to get you to leave them alone and let them get on with their work. That's a basic rule of restaurants.

The wait staff being "used to it" doesn't count, because how do you know your waitperson has ever worked this night before? Maybe it was her first time working a RHPS viewing or even her first night on the job. Also, if this dinner-and-a-movie place is anything like the ones I've been to, there's multiple movies showing in an evening, and they try to get all the food for each one ordered, cooked, and delivered during a very narrow window. So if the fries got missed during your movie's "cooking window" then she might have had a hell of a time getting the kitchen to cook fries for you during another movie's "cooking window."

Frankly, I think you always leave a tip unless the wait staff do something like verbally assault you at the table. Mild inconveniences like this don't count. All you did was make her night worse than yours.

@greydawnbreaking: That's not a basic rule at any restaurant I've ever been associated with. Wait staff not assigned to a table are supposed to either help the table anyway or track down the staff that is supposed to be handling the table--lying to a customer that you're going to take care of something when you have no intention of doing so is lousy service and is never acceptable.

@greydawnbreaking: If the fries were unable to be served they should have 1) told them so and 2) not put it on the fucking bill! The fact that it was on the bill after all that just screams incompetence, so *soup nazi voice* no tip for you!

Honestly, tipping people who do a shit job just encourages them to keep doing a shit job. Why would they bother getting any better if they're still getting tips?

chris has the best solution though: give them a single-coin tip (penny, nickel, dime, etc) so that they know you didn't just forget to tip.

no tip is totally fine, here.

4 'reminders' for THE REST OF YOUR FOOD ORDER is ridiculous. and they're FRIES. fries take <5min to drop, drain, and dish up.

and i've NEVER received food items BEFORE drink items...esp when it's just bottle or tap beer.

might be her first week or something there, but i'd bet she got a little reminder from the manager that had to adjust the bill. someone knew wouldn't be authorized to change tickets or give discounts.

Tipping points aside, NC Tony, I believe you and I are in the same city, because my city also has a Cinebarre that does RHPS shows during October. Small world, eh? And to answer your question, yes, not leaving a tip was completely justified.

I really want to know ANY restaurant that has the "basic rule" to tell the customer whatever so they'll leave you alone, to lie to them, and not do what you said you would. Because at every single restaurant I ever worked, that's the exact opposite of the basic rules.

I think you were fine to not leave a tip since the service was incredibly bad.
However, I've been told it's more effective to leave like a dime because if you leave nothing they tend to think you just forgot.