Pokemon Hoenn Equals Zambrero Food?
Well If That's What You're Looking For... 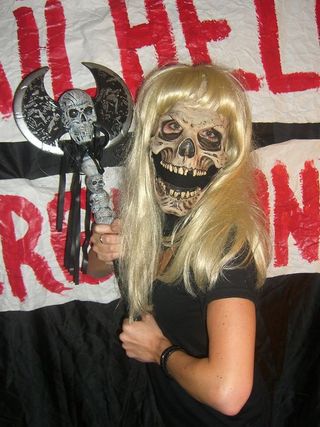 I've been busy as all get-out, seeing as how our company had the brilliant idea to remove HR from the stores altogether. Most of it is now done on the district level, with the ASMs doing hiring, but maintaining all that paperwork and maintaining payroll for the hourly associates now falls to us in the office. Oh, and by the way? We're expected to use 30 hours to do it, and they didn't feel like this increase in responsibility warranted a pay increase.

What really got me to write was something that happened to my brother, who I recommended work for this company, something we both regret. He won a random, company-wide drawing (Twice!) for a gift card. According to his manager, the Store Manager withheld awarding the card because one of his metrics was low, due to some malfunctioning equipment. I guess the Assistant Manager talked to him, and my brother got the cards, but that just left a bad taste in my mouth.

Speaking of malfunctioning equipment, the keypad on our cash counting machine broke down. It still weighs the money, but we can't assign the counts to registers, or calculate the shortages, or add checks to the count, using the machines functions. We've been doing that all by hand, and it's frustrating. To make it worse, when we called in to get it repaired, we were told we no longer had a contract with the company that made it, and we're supposedly getting a new machine "soon."

Suffice to say, I'm seeking new employment. While I didn't want to go back to retail grunt after working in the office, I just need some money for a CNA course, so I might suck it up and get a short-term job at Wally World or something. Just enough for the course and some money to move to a place with a lower cost of living.

Everything will be just fine,