Brew Board on Beer and Vitamins
Bad Parking Handicap 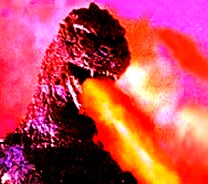 Oh my gosh this pisses me off. Sometimes Closing Hell spills into opening hell, when the closers leave their mess for everyone else.

I'm an opener in the garden center most days, and over half of the time I'll come in and jobs from yesterday (as written on the manager's daily notes) were incomplete.

I get that a lot of people don't like the manager: mostly 'cause they're lazy and don't do anything. Then they wonder why she talks down to them and constantly harps on them.

But come on! They're screwing me more, because then I have to do their work and mine!