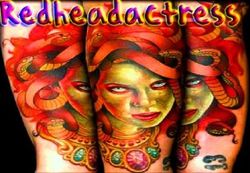 Tonight was almost my breaking point.

First, I had a dude come in drinking a beer. He threw a fit when I told him he couldn't drink in the store. "That's bullshit, you sell beer, blah argh... mumble jumble..."

Our license is to sell it, not consume it on property.

The kicker? He wasn't even old enough to drink.

I had a girl come in cussing up a storm and being obnoxious. Good thing my coworker took care of that crazy bitch. She was abusive toward her boyfriend who looked mortified.

And we had a guy jerk off in the men's room. Semen everywhere. Nope, didn't clean it. No way in mother fucking hell. I closed it off. I don't get paid enough for that shit.

And the best part?

For the third time this week, the morning person came in over 45 minutes late. I get told 'oh well' and hung up on when I called, bitched outbecause I did so. Like I don't have other shit to do... damn people, read your schedules.

Would you technically (or legally) be allowed to take the alcohol from the kid (if he's obviously not old enough to drink it, he's a kid) when you saw him drink it in your store?