Caught on dash-cam! Dover police officer MCPL Jeff Davis has become an overnight viral sensation after lip-synching to Taylor Swift's "Shake It Off."

Since the Delaware cop's department posted the hilariously sassy video on Friday, it's already racked up more than 2.4 million views and growing.

"It's real," he assured Fox News on Saturday morning. "I did know that the camera was on. We had it done just as a publicity thing for not only our police department, but police worldwide… With all the negative publicity that police have been getting nationwide and worldwide, I think it was a good thing to show a little of the lighter side of police."

How does the 48-year-old know all the lyrics spot-on?

"I have a 10-year-old daughter who loves Taylor Swift and in my house Taylor Swift's on the radio quite a bit with her being around and I've just learned all the words," the father of four explained.

Department spokesman Cpt. Mark Hoffman told the Associated Press the 19-year veteran is "the class clown" of the force. 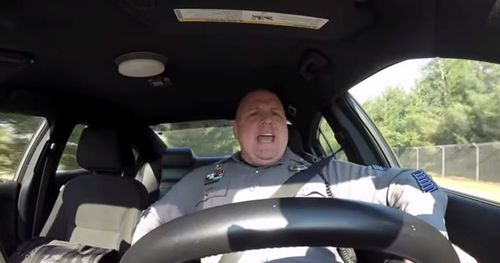 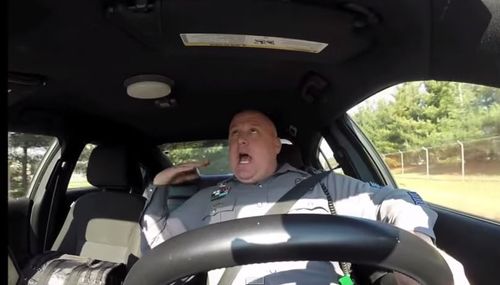 I'm not going to deny it, my old partner and I used to rock out like this all the time to some good ol' Michael Jackson. Nothing beats riding in the city with the windows rolled down, and the two whitest people you will ever see rocking out to some MJ in the city. Always got people to smile. I loved in this where he stopped when he saw someone and then started up again. That happens so often.

Isn't anyone else freaked out by the long stretches where the car is moving and his hands aren't anywhere near the wheel??? That's completely illegal.

While I think it is an awesome video, I agree with SS - his hands are off the wheel, and at times he is not looking at the road at all. Totally unsafe.