Stories Of The Lost Shopping Carts 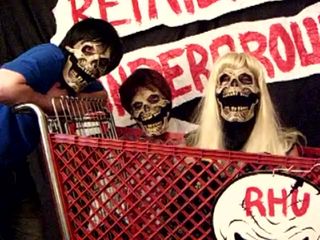 This site is the SOLE reason I can't look at a shopping cart and not immediately start narrating it's story.

Cart in the middle of a parking lot?

Must be going on it's lunch break. Trying to cool down from all of those kid's treating it like playground equipment. What it wouldn't do for a pack of smokes right now and why won't the girlfriend STOP CALLING while he's at work?

It gets elaborate, man.

Thanks, RHU... it's a little distracting and confuses other people.. :-D

Most people play Minesweeper , Angry Birds, or Candy Crush when they’re bored at work. But this Aussie has a different hobby to make the time go by faster. He likes to bug his coworker Andrew with cheesy jokes, and record his annoyed reaction on his phone. Now, this hilariously corny compilation has gone viral with over 1.25 million views! 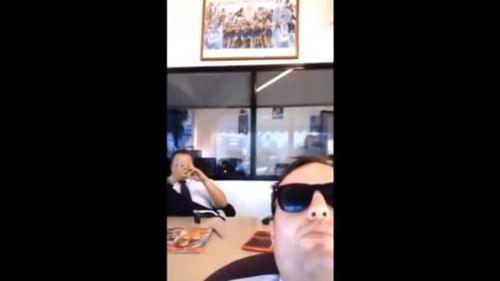 Fans will remember when soccer star David Beckham starred in an underwear ad for H&M during the Super Bowl of 2012. James Corden of The Late Late Show recreated the underwear commercial with his guest David that has gone viral with over one million hits! 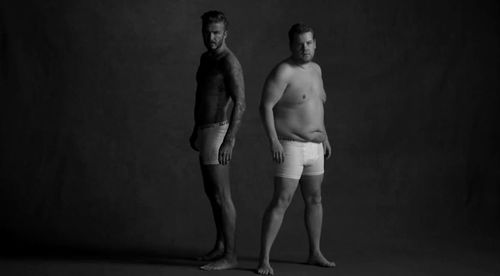 Custy Made Drive Thrus: Well... The Sign Does Say Drive Thru 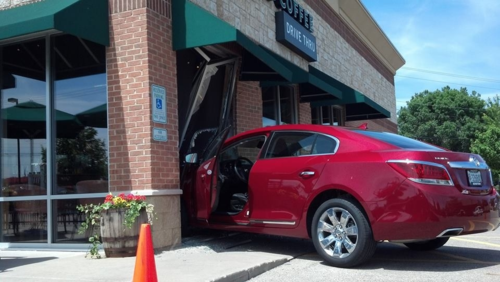 Ughh working in retail for years I can spot a counterfeit... it still sucks to be on the other end though.

Whats worse is (my little sister encountered this) retail slaves willing to take tweenies money, claiming counterfeit and keep it as there own!

True story, my little fifteen year old sister went to a shoe store with a $20 and a bunch of friends to buy shoes.

The retail girls there told my sister and her friends they were attempting to rip them off and use fake money (my sister hadn't attempted to buy yet).

Fast forward a few months, I ask my sis to borrow $20. She says she can't; she only has a counterfeit $20

I check for the face in the bill (as per Canadian bills) sure enough its real! Makes me wonder how often these bitches ripped poor girls off on a regular basis.