Merica Style Strip Mall
Meanwhile at an ATM in the UK

Balitmore Mom Stops Her Son From Rioting and Wins The Internet

A mother in Baltimore has won over the Internet by scolding and smacking her son on camera for taking part in the violence that escalated throughout the city on Monday.

“Get over here now!” she screams repeatedly after slapping the teen in the head a few times.

The boy was throwing rocks at police, which initially sparked her outrage according to WMAR news who first captured the moment on video. 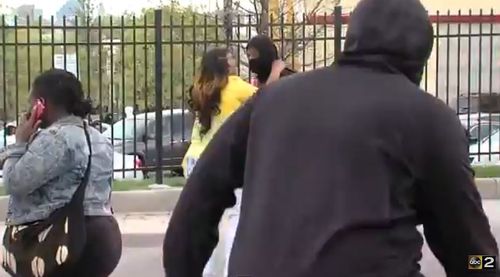 A large portion of the afternoon rioters were students that started causing trouble after school got out for the day.

And Baltimore Police Commissioner Anthony Batts mentioned her in his press conference Monday using her as an example of what more parents should be doing to take control of the situation.

“If you saw in one scene, you had one a mother who grabbed their child who had a hood on his head and she started smacking him on the head because she was so embarrassed. I wish I had more parents who took charge of their kids tonight,” he said.

Many on Twitter are calling her “mom of the year.” 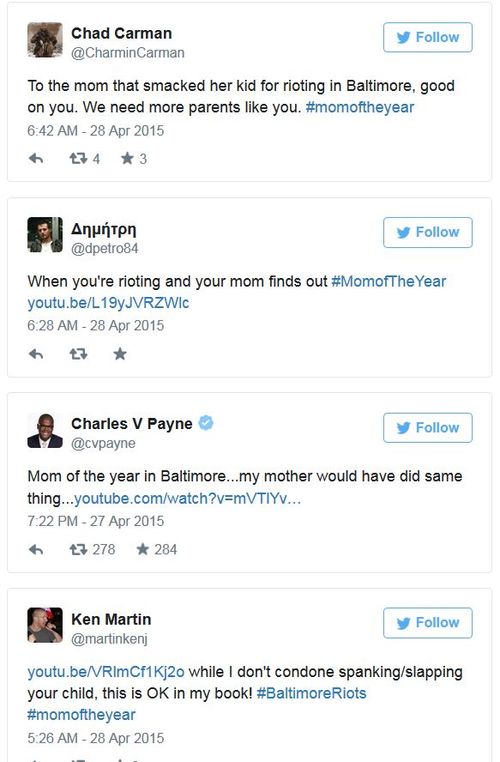 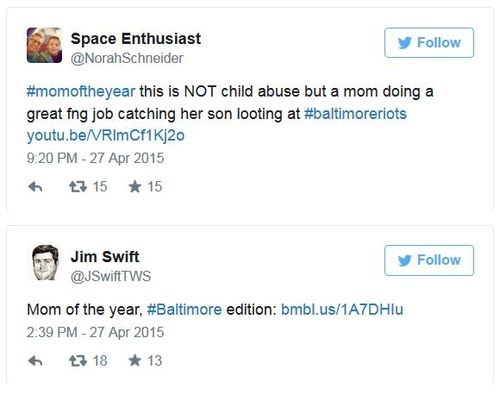 But the fact that she hit him hasn’t been sitting well with some people either. 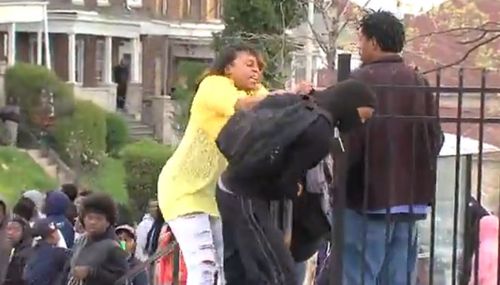 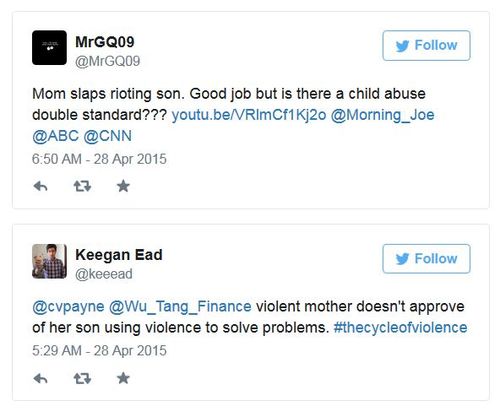 He needed the snot slapped out of him. Good job on the mother, at least there is one less looter on the streets of Baltimore today.

I admit, I'm glad that she stopped him but I also think smacking him repeatedly on the head was unnecessary. One good slap for doing something really bad is enough. Or maybe pull the hoodie down and then proceed to hold the ear and really verbally lash into him.

Nah I think he needed a lot of good slaps, especially when he tried to hit her back, and tried to break out of her grip. He was clearly going to try and go back to what he was doing. He needed/deserved a thorough and savage beating from her.

Well beating his mother back, I would've hit again if necessary. But I don't think you should hit multiple times in public. Once (or twice) if necessary to restrain them and drag them home.