Just Another Slow Day at The Tobacco Shop Window
Customer Reject of the Day: Play Time is Over

Warning: This video might cause you to punch your computer screen.

Someone in Canada recently captured an epic parking fail on video with their dashcam, and it’s pretty hard to watch.

The video goes on for about 3 minutes while a woman in a small blue car goes absolutely nowhere fast.

And if that isn’t enough the drive you insane, the music does a pretty good job of that as well.

“Would have offered to park it for her, but I was too busy laughing,” writes the uploader in the comments.

While it’s certainly frustrating to watch, it’s nowhere near as bad as the guy who crashed into every car around him at a Piggly Wiggly earlier this year. 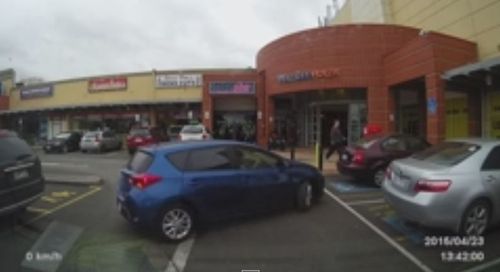 This is ridiculous. Some car parks are too small!

That said, this carpark in Werribee Plaza (which is in Victoria, Australia- not Canada) is stupidly ridiculous in terms of parking.