Toxic Coworkers: Fake Call Outs From A Sibling To Worst Coworker Ever 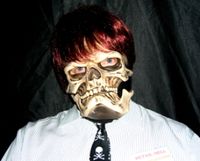 Wow, I literally had the same co-worker as you. My god, just thinking about it makes me angry. She pulled the same shit every week, saying how she's too sick to work or can't work.

Then came a time when she needed more hours and always complained about being broke but never came in for her shifts. I never understood that. You're broke because you don't work, yet you complain about being broke and refuse to work?

Anyway, the final straw came when she said she couldn't work her shift, that it was an emergency and her Dad was in the hospital.

Regardless of her track record, if someone says that their Dad is in the hospital I'm going to assume they wouldn't stoop that low. Alas, I was wrong. I got fooled into working on my one day off, only to see pictures of her getting shitfaced at a bar for her friends bday.

After that, I never answered a text or phone call from her again.

Did you ask her very pointedly if her Dad was out of the hospital, was it feeling better, what was the issue and you hoped things were looking up now. Just make her KNOW that you know. Yeah it's passive-aggressive, but that can be fun.

Only she came thru the drive thru with the relative she had taken an incredibly busy weekend off to care for because he was "badly ill." Both were incredibly drunk.

She had the district master's blessing to take the weekend off and DIDN'T get into trouble over it.

It happened less than a month after my first post here. She was always having "emergencies" every other weekend or seemingly when others had plans and she would beg others for coverage.

I didn't post this since it was a big deal for several months.

She wonders why I refuse to do anything for her.