Shopping Carts Gone Wild: How To be A Better Criminal; Don't Carry Around The Severed Body Part Of Your Fellow Carts
Retail Robin: Then When You Yank Your Arm Free: 'Well No Need To Be Rude!" 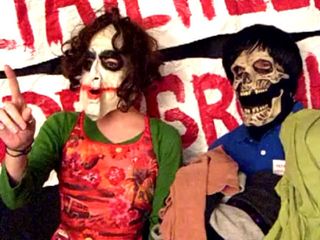 This is my friend's story and she works in a very well-known coffee/donut shop.

On this particular day, the customer's just would not stop flowing in. They were understaffed and unprepared. It came to a point where they had no one baking fresh product, so they quickly ran low on just about everything.

My coworker will be called: Marie

However, after Henry ordered his two all dressed bagels, two customer's after him also ordered all dressed bagels. My coworker had no idea how to handle this problem. The conversation followed similarly to this:

Marie: "I'm sorry sir (Henry), but could you choose a different bagel for your second, the customer's behind you also want all dressed".

Henry: "No, I asked for them first. They can get something else."

Marie stormed off into the food prep area and started freaking out about how rude Henry was being. She told everyone in prep to stop what they were doing until something could be figured out. 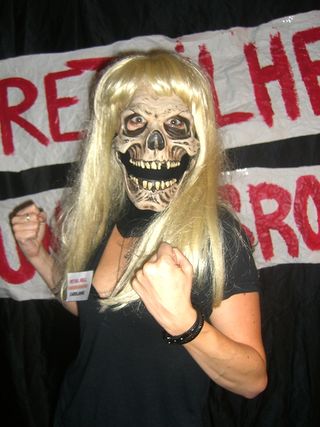 After what felt like an eternity, just was actually about 3 minutes, she prepared Henry's coffee and slammed it on the counter in front of him. He said nothing, and just waited on his bagels.

Marie told the people in prep to do all orders but Henry's, what she hoped to achieve I have no idea, but she was acting like a child and nobody wanted to cross her. She is known for this behaviour, and has been reported but nothing ever happens about it.

Henry waited patiently the entire time, he said nothing and he stood there quietly just eyeing the two all dressed bagels that Marie had moved onto the prep counter 15 minutes ago. Finally someone in prep did Henry's bagels, bagged them and gave them to Marie to give to him.

Henry: "Are you going to make me say yes a third time?"

Marie: "Because customers are liars and shouldn't be trusted. I want to see your receipt to prove these bagels are yours."

Henry: "You better give me those f*ucking bagels."

Marie stood there with her arms crossed holding the bag of bagels, so Henry leaned over the counter and ripped them from her hand and left the store.

Marie had the audacity to complain about him the rest of her shift. I don't know how my friend still work's there...

Um, I am on Henry's side. It's not his problem that the staff was unprepared for a large flood of customers, he had made his choice. I swear, if Marie wants to ACT like a little kid, I will TREAT her like a little kid and tell her that she needs to be laid across that counter and be spanked for her horrible behavior.
I would've asked for a manager or supervisor. Bitch, I generally don't asy this, but I will make you BEG for your ass to not be shot out of the door and lose your job!

I'm sorry that would have been a call to every person above Marie until her ass was out the door. I'm not one complain but at that point I would have made it my mission of the day to ensure she was fired.

Marie was incredibly rude to a customer who merely wanted his order filled and waited quietly for it until he was goaded into action to collect his paid-for order. Were I he, I would, indeed, have climbed the list of superiors-to-Marie until she was fired; and I would BEGIN with the top dog. Her actions were intolerable.

I, too, would have been on the phone, working my way up the chain until Marie was fired.

I would've demanded a supervisor right then and there.