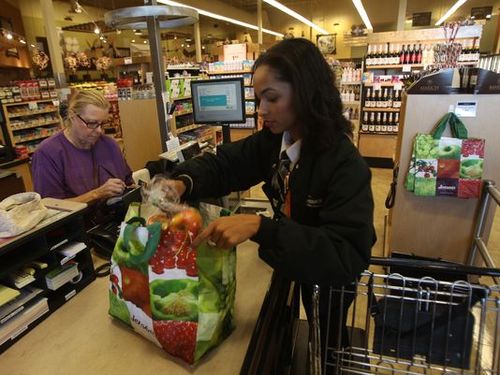 Seriously? While most of us are quite aware that using reusable shopping bags helps the environment, I hardly doubt that people are going to the store at this point in time with their cloth bags thinking "Since I'm helping out the environment I can spend more on cake and potato chips..." Sorry, I don't buy that helping the environment is a trigger to eat poorly or seeing some fruit on a shopping bag is going to make you spend $5 on an organic apple. Try again guys.

Bringing your own bags to the supermarket? According to a new study, that's probably not as good for your diet as it is for the environment.

The study, which was conducted by researchers from Harvard Business School and Duke University's Fuqua School of Business, found that people buy more organic food when they grocery shop with reusable bags -- but also more junk food.

Researchers analyzed data from two different groups: The first was made up of loyalty cardholders at a grocery store in California, none of whom were instructed about which bags to use. They shopped as usual. A second group was made up of online recruits who participated in an online simulation in which they were assigned to either bring their own bags or use the "store" bags. Then, they were told to list the top ten items they would purchase based on a floor plan of the store. 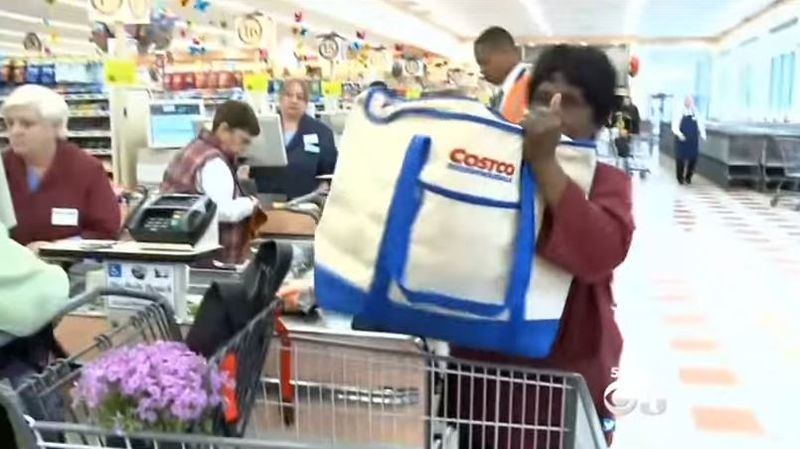 Lead study authors Uma Karmarkar and Bryan Bollinger concluded that this uptick in junk food purchase has to do with something called the licensing effect, or the idea that because shoppers felt they were doing something good for the environment, they could treat themselves.

“In short, bringing your own bags changes the way you shop," the authors wrote in a press release. "In stores where reusable bags are popular, marketing organic or sustainably farmed foods as indulgences could increase the sales of those items.”

Don't let this stop you from bringing your own bags, which really is a great service to the environment. Plastic bags take between 15 to 1000 years to decompose, and paper bags aren't much better -- one study found that compostable plastic and paper bags require more material while being manufactured, meaning more energy, fuel and raw materials are being used to make them.

Keep bringing your own bags. Just be aware of what you're putting in them.

I wish they would mention how many people they studied. I'm sure 7% would very well fall under margin of error, especially if the test group is as small as I would guess it was. No news to report? Just make up some stats!

The huffy post wouldn't do THAT! ...more than once per story.