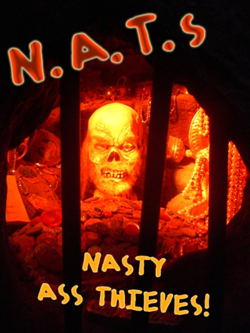 From The Smoking Gun:

A South Carolina man arrested yesterday for shoplifting ribeye steaks from a Food Lion smuggled meat out of the store in his colostomy bag,according to a police interview with the suspect’s girlfriend.

Cops were called Tuesday afternoon to the Food Lion after employees reported that “an older white male”stole $75 worth of ribeye steaks. The workers said that the man drove away from the Roebuck store in a green Nissan (the license plate for which they copied down). 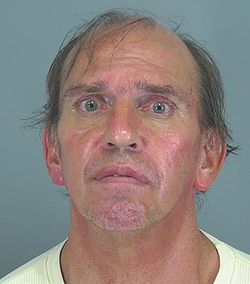 Spartanburg County Sheriff’s Office deputies traced the car back to David Samuel Hoyt, 55, who they found at the residence of Angela Woody, who “lives on Shaw Rd. down from the Church of God.”

During questioning, Hoyt (seen above) initially denied stealing the steaks, but later “made a verbal confession” to the theft, saying that he put the meat in bags and walked out of Food Lion. 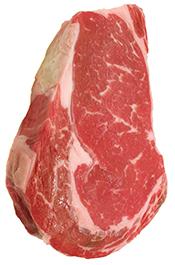 Food Lion by putting it in his colostomy bag,” a deputy noted.

Thankfully, additional details about that means of conveyance were not memorialized by investigators.

Hoyt was arrested for shoplifting and booked into the county jail on the misdemeanor charge. He remains locked up on $2130 bond.

A police report does not reveal the whereabouts--or ultimate disposition--of the stolen steaks.

via The Smoking Gun

There is not enough ARRRRGGGHHHHHHHHHHH! in the world.

That is NOT a marinade!

What a real SHITTY idea! Bet that PISSED some people off!