The Unseen Side To People You Know 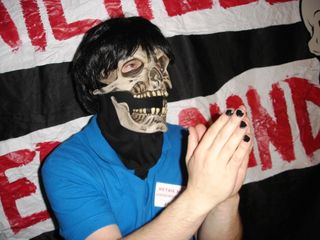 This is a different kind of story. This one's both firsthand and secondhand.

Before the larger small town store I worked at got shut down, I ran into an old mentor from high school. Specifically, my former high school band director/music teacher (who shall henceforth be known as "G"). He had moved up to teaching at the same college his favorite teacher worked at when he was a student.

Coincidentally, he was conversing about former students with a friend who was waiting behind him in line, going through the motions. I asked him for his loyalty card, and he looked up, and paused. His mouth was agape for what may have been a solid ten seconds.

Mind you, I'm a bit of a shut-in. There aren't many people who I run into that are genuinely happy to see me.

He asked how I was doing, we talked about college and a few other things while I rung him up, and he left promptly so as not to hold up the line.

G is a person I respect for many reasons. He is a legit musical genius, for one. He was always someone you could talk to. And when it came to his students, he was very patient and understanding, and easy to work with one-on-one. We were a small band at a high school with a football team that hadn't been to the state championship in 20 years. Our band made it to the state band competition when I was a sophomore (of course, I didn't participate because of my grades; I was a lousy student back then).

Anyway, the bigger store closed down, and I managed to snag a position at the smaller location at the other side of town. It was slow that day, and I was talking to a fellow cashier ("C") that had worked at the little store for a long time. We got to the subject of mean/annoying customers and she was describing who she deems one of the worst people she had to serve. 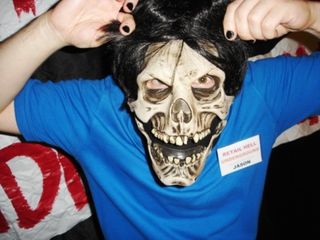 He would apparently always show up a little while before closing, on the day before the next week's sale started. This was when the night crew would begin switching tags out. This was also the only time that the tag price guarantee was void. He had been told multiple times, but he always scrutinized every item and argue if something was off in spite of this. He would constantly complain and argue if something was expensive even when the price was as advertised. Always throwing fits over anything price related.

It apparently got to where management was fed up with his behavior and banned him.

C then proceeded to give a description that almost perfectly matched my former band director. I asked if his name was G, and she said yes.

Me: "Wow, that's like a polar opposite of my experience with him. It's crazy how you never see that side to some people."

I guess the lesson is that anyone can be a rude customer. It could even be someone you look up to.