You Had One Job Taco Bell
Meanwhile at a Crafts Store 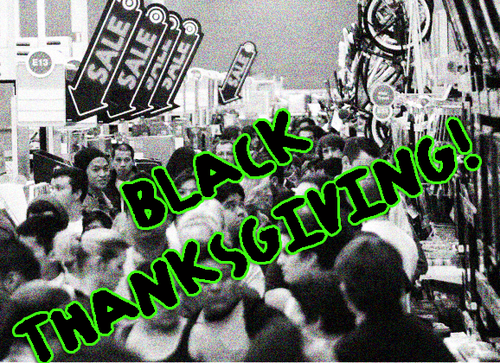 When it comes to holiday shopping, some stores open earlier and earlier every year in a phenomenon known as "Black Friday creep." Other stores, though, have already promised they'll stay closed this Thanksgiving.

One such store, appliance company P.C. Richard & Son, took a strong stand on Facebook Thursday, saying "It's our opinion that retailers who choose to open on Thanksgiving show no respect to their employees and families and are in total disrespect of family values in the United States of America." 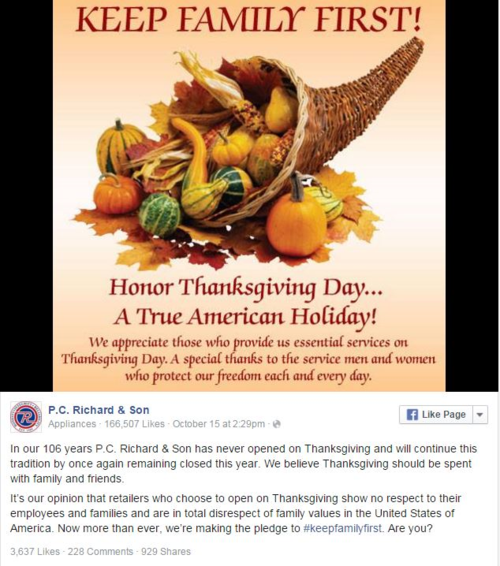 Another such company, Game Stop, announced Monday they were closing on Thanksgiving and has since received praise from fans on the company's Facebook page.

"I love that you are thinking about families and not just making money," wrote one fan.

Here are the stores that have announced they will be closed on Thanksgiving:

Retailers that have opted to give customers a head start on their Black Friday shopping are responding to a "customer-driven trend," as Macy's calls it. A 2013 survey found that 38 percent of people would likely shop on Thanksgiving.

Whooo! Down with Black Friday!

Why destroy one holiday simply to prepare for the next one? Good for them! I don't shop on Thanksgiving or Black Friday. If traveling I might need to fuel up the car, but that's about it.