Nap Time! Interview Interlude
You Had One Job Subway 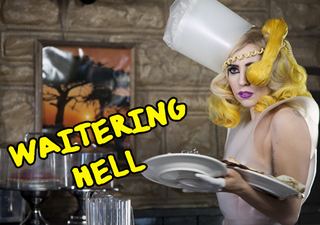 17-year-old Garret Wayman, who works as a waiter at a restaurant in a suburb of Wichita, Kansas, said he was excited on Tuesday to see a $20 bill tucked under a ketchup bottle as a tip.

But on closer inspection, his excitement turned to irritation after he said he realized the tip was a fake.

A customer had really left Wayman a religious pamphlet disguised to look like money that recommended he seek "faith thru Jesus Christ" and start reading the bible.

Here's a closer look at the fake money: 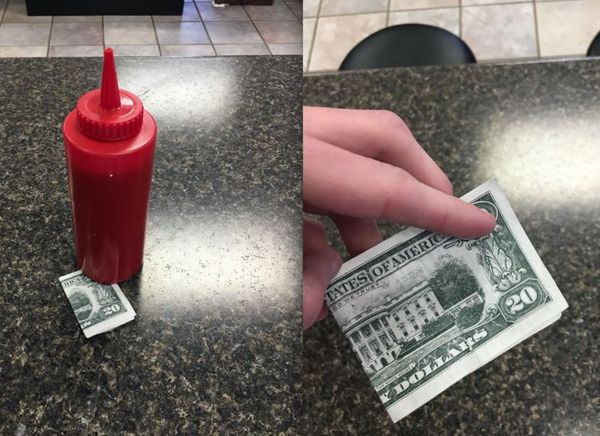 "I'm 17-years-old, $7,000 in debt because I had to buy myself a car, juggling full-time school, and working seven days a week," Wayman told Tech Insider, adding that he was excited to see the cash at first because "getting a $20 tip at the restaurant I work at is very, very rare."

Instead, here's what Wayman said he found when he unfolded the fake $20: 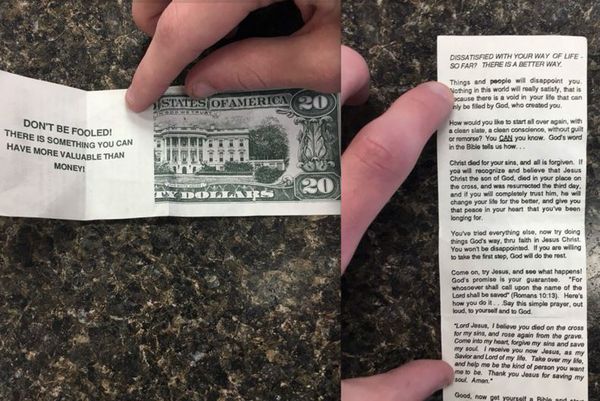 "Don't be fooled! There is something you can have more valuable than money," reads the intro to the pamphlet. On the back is an eight-paragraph argument for why Wayman should buy a bible and become a Christian.

"He just left that," Wayman said. "I wanted to tell him that I only make $3 an hour and bust my a-- at my job to make way less than I deserve, but he was gone by the time I had the chance to."

Frustrated, Wayman shared pictures of the fake tip on Twitter, where they have been retweeted over 2,000 times. 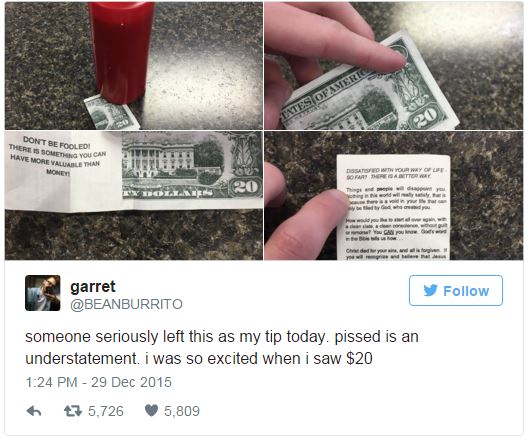 Many people online have been sympathetic to Wayman's situation.

"DM me with your info & I'll send you $20. Seriously," wrote one Twitter user. Wayman politely declined the offer.

Though Tech Insider can't confirm Wayman's story, tales of servers receiving fake money aren't new. Previously, a waiter posted a picture of a tip he said he received to Reddit that turned out to be fake $10 with similar religious messages on the back. Another waitress also posted a picture of the same fake money on Reddit.

Wayman meanwhile remains understandably frustrated: "To get my hopes up like that ... is just flat out mean."

Here's another experience with this sort of thing:

Agh! Why would anyone think this kind of thing would convert anyone? It just pisses them off! Not helping your cause here!

Also annoying is the assumption that just by looking at you they know you're a "godless heathen" in need of "saving"- erm, I was confirmed Presbyterian at 14, don't waste your time. That always annoyed me when people would come preach fire & brimstone on my college campus- we must be godless sinners because... we're getting an education? Wha?

A shop I hung out at years ago did that for their advertising at an outdoor event -- one side of a $20, advertising on the other side, folded just like that & dropped on the ground all over the park. I was there the day they were visited by the Feds and politely if chillingly informed that was counterfeiting at worst and defacing currency at least, and if continued would land them in the pen. But somehow churches get a pass?

And don't get me started on the smug self-righteousness (not to mention cheapness) of leaving something like that as a 'tip.' There's a special place in hell for people like that!

Should have collected those and dropped it back in their collection basket when they pass it around.

Karma is a bitch.

Heh. That would have been funny...

Samus, you make me want to go to Church.

Ya know for an organization that relies on donations you think they'd be a little more generous.