You Had One Job Hot Pockets
Packaging Fails: Elmo Doesn't Want to Hear It Any More 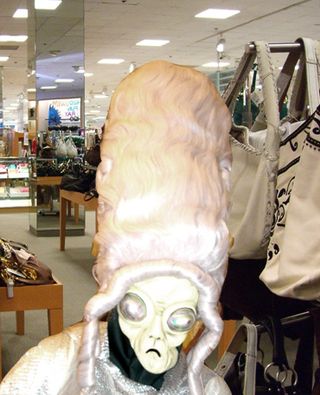 I had a boss that did the same type of shit!

I worked at a small accessories store on the lower level of a mall. Mind you, it wasn't my home store, I was just working there to help out because their location was terribly understaffed - probably because of this Bosslady. There was usually only one person on staff at a time at this store, with a 2-3 hour crossover when the opening and closing key holders were there.

So one day, I was coming in to close, and my coworker told me that the crazy Bosslady (who had the day off) had been hiding behind the bench that sits on the upper level of the mall across from our store front. Weird.

Coworker left, I went about business as usual, always checking the upper level. Caught her creeping a few times, but she hadn't seen me.

So I go to close the store and at this point she'd moved from the upper level to hiding behind the kiosk directly outside my storefront. I leave, lock up, etc. and she JUMPS out from behind the kiosk and proceeds to FRISK me! (Which btw is COMPLETELY against company policy, not even counting the fact that it's assault).

I yelled at her, jumped back and was like, "Listen, Bosslady, keep your hands off me. There's no way in hell I'm stealing from you, and you should know that, considering you've spent the last eight hours watching me from upstairs!"

She tried to laugh it off like she was just joking or whatever, but I handed her my keys and told her to find a new key holder.

I called HR the next morning and reported the incident, and she was fired that week - so that was cool.

At least HR did their job!