Dumbass Coworkers: Late, Smelling Of Drugs, And A Bad Worker 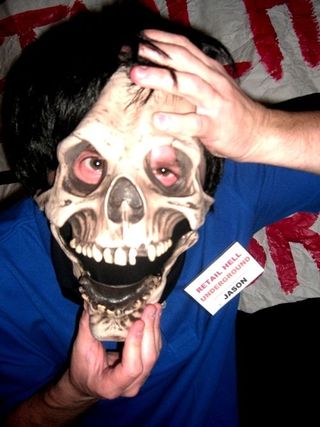 This summer I worked at a sandwich shop, and in August we had "dollar sub day." What I mean is, this day was invented to make me want to kill myself. But that's just a side note.

Anyways, dollar sub day is a BFD, and we had been preparing for a while. The schedule for that week had been posted for at least three weeks, we had all been drilled on sandwich building order, running tills, etc etc. A company rep came in that day to help out/make sure we were doing everything by company standards.

Well, one guy, we'll call him Bieber, didn't show up on dollar sub day. It had been stated for WEEKS that everyone was scheduled that day shift and everyone was supposed to be clocked on and ready to roll by 10:30am. Our promotion started at 11, and the line outside was HUGE.

The assistant manager called Bieber. He was known for being late, perhaps that was just the case. He sent her first four calls to voicemail, but on the fifth call, he was extremely agitated and answered with "WHO THE FUCK IS THIS?!"

I don't know why she still demanded he come in, but she did, and he stumbled into the restaurant right as the doors opened for the dollar sub promotion. I was answering phones that day, so I was the first person he saw on his way into the kitchen area.

"Why are there so many people here?"

I merely stared at him in disbelief, and was about to call him an idiot, but the assistant manager came around the corner from the office and gave him the death look. She invited him to the back for a chat, which I heard the jist of. He didn't know what dollar sub day was, he didn't even show up in his uniform. He smelled like he had slept in a bong, and he offered no apology for not knowing what was going on because "No one told me!"

And then she told him to go home and not come back. He was very upset and said "THIS IS BULLSHIT!" but he left.

He wasn't a very good worker anyways, none of us really noticed his absence.

What an idiot, glad he's gone.