You Had One Job Newbie
Google's Idea of Men's Winter Fashion 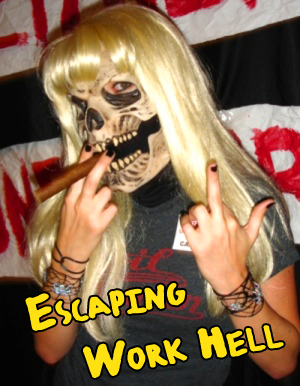 I worked at a Subway for 3 years, and I was good at my job. A sandwich artist, my friends. When I made you a sandwich, it came out looking fantastic, sauce didn't spill all over the place, you got proper and balanced portions of veggies and meat, and it would stay together.

I was also great at food prep. I'd been doing it so long that it took me almost no time at all to slice, stack, bin, portion and prepare all the veggies and meats.

I was also great at making bread. My buns never over-levened, never collapsed under toppings, and waste was almost non-existant on my watch.

I was also great at estimating volume for a day. I never ran out of bread, and there was usually only a little carry over for the next day.

I was, in short, a Subway wizard.

One day I'm working and it's dinner hour. The front is busy, but there are four staff on. We run out of our seafood salad mix, so I run to the back to prep some. As I am doing this, the owner/manager comes in. Owner/manager has been running a franchise for a long time, but has recently started operating three new ones around the city and is stressed out (6 months after this incident, he has a heart attack from the stress and sells most of his stores, actually).

The manager comes to the back with a new staff member he is training for another store. I am mixing mayo and seafood in a bin. The trick to getting an even blend is to use your hands. If you use a spoon you get gobs of mayo, a poor mix, and often break up a lot of the nice meaty chunks of faux-crab. The owner looks at me, looks at what I'm doing, and yells at me to stop, pushes me out of the way, and takes over. I am wearing gloves, you see, disposable (2 cents a pair) gloves, and they have some mayo on them because of the mixing. He grabs a spoon, mashes it up (it is now a poorly mixed largely mangled collection of meat) and says "This is how you do it! You are wasting money on the gloves and some of the mayo sticks to them, so you're wasting that too!"

"What are you doing?!" says the owner. 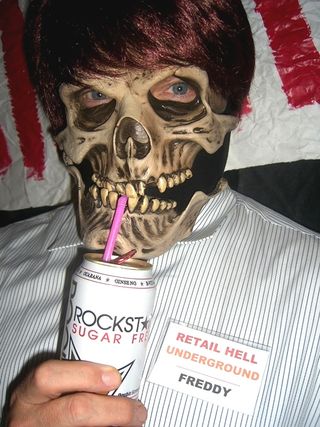 He and his trainee take over at the front of the line, taking orders and cutting the bread/assembling the meat and cheese. I move to veggies.

Someone asks for a sandwich loaded, asks for a bunch of sauces. The trick to keeping a full sandwich both strong enough to stay together and without sauces everywhere is to put the sauce on the meat side, the salt/pepper on the veggie side, and then when the stack of veggies is done you can press down slightly on them to seat them in the base of the bread (the top of the bun stays fluffy and light). I pile on the veggies, 6 of everything, 1.5 ounces of lettuce (I could portion it out on a scale and be within +/- .25 ounces 95% of the time, we'd had contests). I put the sauce on the meat. I press lightly on the veggies, close the sandwich. Cut, roll, pass it off. Perk: no sauce on fingers so you don't have to replace the gloves. It's all veggie, baby.

"Where did you learn this?!" says the owner.

Pushes me out of the way for the next sandwich, piles the veggies on in a slap dash way (out of order, mind you!), pours mayo on veggies, pushes his gloved hands into the mayo (gross!), stands sandwich up on the hinge, drops it a few times to "settle the veggies" (make them spill all over the place), and then folds the sandwich closed. Now it has mayo on the outside of the bun from his gloves. He cuts it, strips off his gloves, tosses them, replaces them.

At this point I'm fuming. This is a man who has asked me to come run a store for him while he was out of town, who he trusts to run the store alone for him on closing shifts, and who has done some of his managerial work for him for almost two years. And did I mention that I was only there covering a shift for someone, it was supposed to be my Friday off?!

I walked. "I don't have to put up with you talking to me like this. I'm done. Cover the rest of the shift yourself. I quit."

I toss him the keys I had for three different stores, walked to my car, and drive home.

If it makes you feel better, he probably won't last long because customers will hate how he makes their sandwiches and they will wonder why the hell you were let go! He probably globs on too much peanut butter or too much jelly when his kids want him to make a PB & J!

I hope that asshole gets his karma payback!

I wish I could buy you a Subway and you could run it and make lots of dough!

So I see that being an asshole is a requirement of the job to be a Subway franchise owner.

I wish I had've kept records when I worked at one, so I could've sued for the unpaid wages due to illegal break and meal period policies.

I guess that heart attack was karma paying him back. If he needed to let off steam so badly, he should've gotten a punching bag (a real one, not you), a stress ball, or screamed into a pillow at home.

Sorry you had to put up with that, what an ass.