Time For A Nap! Call Me Later
The Truth Behind Expiration Dates 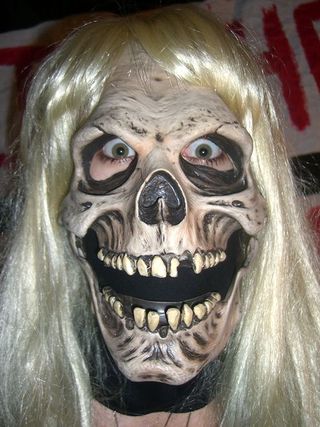 Long ago when I was in Jr. High I got a job at a large fast food chain; two letters and an ampersand. It wasn't my first job but I was able to figure out quickly that it was a bad idea.

When I started, I thought it was going to be good. I had 2 friends who worked in the kitchen, the lady who interviewed and hired me was nice, and I made a couple of quick friends. This suddenly changed however.

It seemed, very quickly, I never got any shifts with the people I knew and was friends with. Now I am not paranoid but it did cross my mind that they did this on purpose, but I don't really know. Instead I had to work with a different manager who was lazy and definitely picked favorites, who she usually went and got high with instead of working.

Now one day I forgot my hat for my uniform. You needed it if you worked in the kitchen. When I got there and realized, the manager flipped shit, screaming at me about how important it was and she didn't want any health code violations. I went to the change room to get one of the DOZENS of hats and hairnets we have sitting around for just such an occasion, and when I get back out to the kitchen, there she is, without a hat, LOOOOOOOOONG hair dangling inches above the food she is preparing. Sometimes when she leaned over her hair rubbed all over whatever she was preparing...

Another part of the different crew that I worked with involved a couple of pranksters. They were usually just lazy and got high with the manager, but they usually hazed the new guy. Thankfully for me someone else got hired a week after I did, and he got most of the flak. I felt really bad.

They often hazed him, usual kids stuff like menial tasks that take forever and have no purpose, locking him in the freezer for 10 minutes, etc. But one pissed me off.

One day he was shown how to make gravy, and asked to make his own batch. He did, was proud, and then got to go on his break.

While he was in the break room one of the pranksters dumped out most of the gravy, then took a big shit in the bucket. When the new guy came back the prankster yelled, "Hey! Double check your gravy! It looks like shit!"

The kid looks, and is shocked. 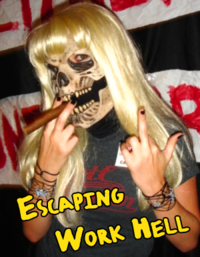 The prankster is laughing and the manager comes in and asks what is going on. The prankster explains it clearly, even said he was the one who took the poop in the gravy, and the manager... laughs as well, then tells the new guy that HE has to clean it out.

Does that not seem wrong? The kid didn't do anything, gets bullied, and has to clean up the bullies bio-hazardous mess!?!

The new guy and I brought the situation up with another manager (the nice one) who took it to the owner of the location. I do not know what happened at that meeting but the nice manager got fired!

I was fed up and decided to quit, and the new guy followed as well. I had another friend who worked there after I quit, and apparently was made a manager after 6 months. I assume all the good ones got fired and all the lazy ones quit.

Since then I have not eaten at any of the chains locations. I just can't get the image of shit covered gravy out of my mind.

Someone should have reported that to the health department.

I'm at a loss for words at how wrong this is.

I would've gone to the health department, BBB, the police, the media, anyone and everyone I could so that this kind of bull didn't keep happening.