You Had One Job Stock Person
Buying Carpet

"I Just Called To Say You Look Nice Tonight" 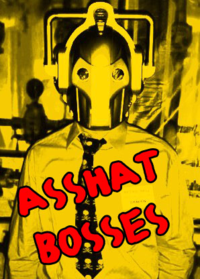 I used to have a boss at this coffee shop I worked at before college. The guy would stay at home and watch us on live feeds from cameras he set up around the cafe.

It was actually his son who set them up for him, and he let us know 'cause he was a cool guy. Otherwise our boss would have kept us oblivious until the creepiness made it obvious.

Anyways, he would call in randomly when we were on break, or cleaning or whatever to "say hello" and remark on how busy its been. Whenever he called though he'd usually end up commenting on our clothing or hair, which gave off a very creepy vibe.

It just made us wonder just how often he would watch us on his off time. The staff was also 99% female, and as far as I know he didn't do that to our one male coworker.