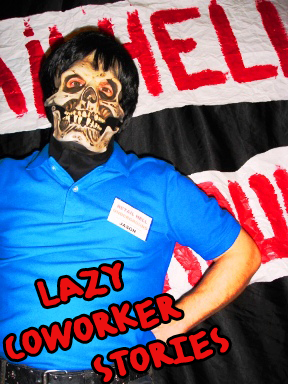 I work for a large retail chain, of course we got plenty of lazy employees on each shift. As I walk up to start my night shift, I am greeted by the most beautiful thing anyone in my shoes want's to hear-'we are closed at the moment'. But the three squad cars made me curious so I asked why and was told to head to the group of my coworkers for more info.

So before I could ask if I could really go home, everyone was told to head off to the nearby fat food place to stay warm. After all it was 27 degrees out and less than half had coats on. But before I could sprint back to my car, they had the lot barricaded off. With no escape, I trudged my way to find out what happened.

Now I know all shifts have lazy people but this took the cake or in this case... bomb. Yes, someone around three in the afternoon found what she thought was a BOMB in some returns. And did nothing about it.

Now fast forward five hours, she tells a manager while clocking out she had a bomb in her returns and forgot where she put it.

I can't make this up if I tried.

Screw the fact you found it, put the safety of hundreds at risk, who would even do this? Was it like, "Did they really return this? Oh.... a bomb....... better throw it with the others."

It is now ten pm, I just got paid an hour to sit and do nothing, just to have the bomb squad say there was no bomb, it was a pre-assembled toy... A roller coaster model of you're curious. I guess the batteries in the model were making an odd ticking noise and she just thought that was what it was.

I seriously don't know if I should be mad about how it was found, or happy it wasn't real.

I'm shocked nothing happened to the stupid employee!

I bet that employee was fired.