Zebra Drill Time! Japanese Zoo Practices How They Would Handle a Zebra on the Run
RHU Pet Peeves: Watch For The Light Over The Register, Idiot

Tales From The Knife Store: Haggling We didn't mind cutting deals sometimes. A little haggling is fine, and frankly if the tax is a deal breaker, then screw it, we'll pay the tax and everyone is happy. But some folk, they don't know when to quit, and once in a while you get the person who's downright insulting.

A person comes in on a normal day, he wants to get stuff for his whole crew. I don't know what that means, so I'mma pretend he's in construction.

Me: "I suspect we can handle that. What all are you looking for?"

Me: "Nope, pick out what you like and then we'll figure out what we can do about it."

Haggler: "I like to make my deals beforehand. That way we know where we stand."

Me: "Makes sense from that side of the counter, but we don't have the same amount of room on everything. We'll deal, but not till we know what we're dealing with."

Haggler: "Got a head for business do ya? Fine we'll do it your way." 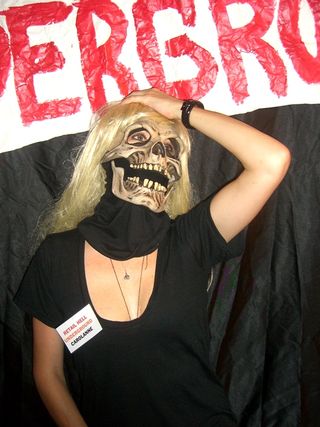 I'm a little confused since that was pretty much the only option anyway; I'm not so desperate for a sale I'll lose out per piece. And I'm irked now, so your deal is gradually getting worse. I show him around normally for a while, pros and cons of different every day carry knives. He settles on fourteen CRKT pieces, which clocks in at around $500.

Me: "I never agreed to a set discount, I was just correcting your math. Though I see now that appears to have been the ploy. We don't have that much room on these, so I'm willing to do 10%."

Haggler: "Oh come on, on an order this size that's barely a dent. Twenty-five. Twenty. Fine fifteen and no tax!"

I did the math. That was basically two free knives but strictly speaking we could eat that and come out ahead.

Me: "Alright fifteen, but I'm cutting my own throat on the deal." (Couldn't resist and I'm not sorry)

He paid and left reasonably contented, convinced he had gotten me to negotiate against my own best interest. He came back a couple times, though I wasn't there for one of them and he ended up with the boss who was far less accommodating than I.

Still bought something but paid in full. Probably due to fear.

Mr Pratchett, I miss you.