Video Explains Why Stepping on a Lego is So Painful
Creative Customer Reviews: "The Mountain Awesome Unicorn Adult T-shirt" 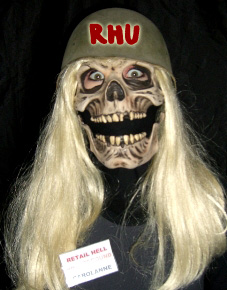 I'm an American and I work at FastFoodRestaurant in Germany. I'm not sure if this is a cultural thing or a customer thing, but it never ceases to amaze me how indignant people are about being offered things they didn't order for free.

This is just the most recent example, but the other day, a husband and wife drove up to the drive thru and I was giving them their order (note: the people who take your order are not the ones who pack it. We just see the items on a screen and pack them accordingly). I hand them the last item, a large chocolate shake.

The man goes to take it and the woman informs me she ordered a small. I look back at the screen and see it indeed says large and tell them that it says large on the screen, so they paid for the large. The husband starts to say they'll just take it anyway, but the wife puts her foot down, crosses her arms and refuses to touch it. I take it back and tell them I'll give them the 30 cent difference back, because I happen to have a manager card right there to open my register with. I grab the change and hand it to the man and give him the large shake, which he proceeds to take again.

I was just standing there pretty helplessly because I had already given her the money back. I tried to tell her in a friendly way that she can have the large for the price of the small since it was our mistake.

"I want a SMALL for the price of a SMALL," she screams while husband stares ahead with dead eyes. I ask her, "So you want me to throw this one out and make you a new one in a small container?"

So I pull the trash can right over in front of me so she can see, take off the lid and pour it out. I go over to the machine, fill a small container, and give it to her. "Was that so hard?" she asks me. They drive off into the sunset.

I'm not usually so theatrical about it, but it was pretty slow and no one was behind them. I was just trying to be nice and not waste more food. Fuck me, right? :P

What a bitch, I would be happy to take that large milkshake, fuck her.

Maybe she's watching her weight. But jeez, lady, just give the rest to your husband or something.

I used to own a vehicle where a large fast food cup would not fit into the cup holders. So if that was the case for her, now she is stuck holding a cup in her hands for the entire time she's in the vehicle, and she can't set it anywhere for fear of it spilling in the car interior and she has to be inconvenienced because the clerk wouldn't give her what she ordered.

That would be a legit complaint, and if she had actually explained that, the FF Slave could have split it into two small cups, or happily fixed the error with understanding. Screeching like a skeksis and embarrassing her husband wasn't necessary.

Should have just taken that large, poured half of it into a new small cup for her, and then enjoyed the rest!

That's what I would've done!

@Ilia I don't agree. According to the story, she asked for the small 3 times and each time the clerk insisted on giving her the large. She shouldn't have to get the clerk's permission to get what she requested. She does not have to justify her reason for wanting the item she ordered. I would also have lost my patience if I had requested 3 times to receive the specific size that I ordered.